Chill-ing: Stories of the Arctic and Antarctic

The Arctic and Antarctic regions are noted for how remote, cold, and treacherous they can be, but the following selection of fiction and non-fiction titles will share stories of survival and life against these odds.

At the End of the World : A True Story of Murder in the Arctic by Lawrence Millman
In 1941, a disturbing series of murders occurred in Canada's remote Belcher Islands. Both the victims and perpetrators were Inuit, and the resulting investigation by the Royal Canadian Mounted Police, which revealed an epic amount of cultural confusions and collisions, did little to bring the tragedy out of obscurity. The enormously gifted Millman, who has traveled extensively in the north, including the Belchers, dug deeply into both the historical record and the memories of witnesses. The resulting chronicle, in which he eschews the comfort of a standard chronology for a more elegiac and meditative consideration of the past and present, is a powerful example of how writers can bring history to life through their passionate interest in a topic.

Endurance : Shackleton's Incredible Voyage by Alfred. Lansing
Bound for Antarctica, where polar explorer Ernest Shackleton planned to cross on foot the last uncharted continent, the Endurance set sail from England in August 1914. In January 1915, after battling its way for six weeks through a thousand miles of pack ice and now only a day's sail short of its destination, the Endurance became locked in an island of ice. 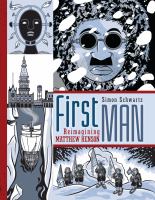 First Man : Reimagining Matthew Henson by Simon Schwartz
In this graphic novel, Simon Schwartz weaves biography and fiction together to explore the life of Arctic adventurer Matthew Henson. Moving between different time periods and incorporating Inuit mythology, Schwartz offers fresh perspective on the many challenges Henson confronted during his life.

Ice Ghosts : The Epic Hunt for the Lost Franklin Expedition by Paul Watson
A Pulitzer Prize-winning journalist and expedition member, describes how an unlikely combination of marine science and Inuit knowledge helped solve the mystery of the lost Franklin expedition of 1845.

Last Man Off : A True Story of Disaster and Survival on the Antarctic Seas by Matt Lewis
On June 6, 1998, twenty-three-year-old Matt Lewis had just started his dream job as a scientific observer aboard a deep-sea fishing boat in the waters off Antarctica. As the crew haul in the line for the day, a storm begins to brew. When the captain vanishes and they are forced to abandon ship, Lewis leads the escape onto three life rafts, where the battle for survival begins.

Pym by Mat Johnson
A comic journey into the ultimate land of whiteness by an unlikely band of African American adventurers. Jaynes is obsessed with Edgar Allan Poe's only novel ; when he discovers a crude slave narrative that seems to confirm the reality of Poe's fiction, he resolves to seek out Tsalal, imagining it to be a key to his personal salvation. 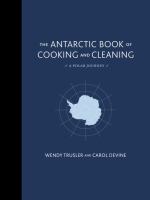 The Bone Seeker by M. J. McGrath
Edie Kiglatuk works as a summer school teacher in the Canadian Arctic. When one of her female students is found dead in nearby Lake Turngaluk, Edie enlists the help of Sergeant Derek Palliser to pursue the case, promising the girl's Inuit family that they will uncover the truth. Meanwhile, lawyer Sonia Gutierrez investigates the toxicity of the lake and suspects that there might be a larger conspiracy involved.

The Magnetic North : Notes From the Arctic Circle by Sara Wheeler
In The Magnetic North, the author takes full measure of the Arctic: at once the most pristine place on earth and the locus of global warming. Smashing through the Arctic Ocean with the crew of a Russian icebreaker, shadowing the endless Trans-Alaska Pipeline with a tough Idaho-born outdoorswoman, herding reindeer with the Lapps, and visiting the haunting, deceptively peaceful lands of the Gulag, the author brings the Arctic's many contradictions to life.

The Wolf in the Whale by Jordanna Max Brodsky
Faced with starvation, young Inuit shaman Omat journeys across the icy landscape in search of food but instead finds a Viking warrior and his strange gods, a meeting that could either save or shatter her world.

Welcome to the Goddamn Ice Cube : Chasing Fear and Finding Home in the Great White North by Blair Braverman
A revelatory memoir of the author's efforts to develop the strength and resilience to survive in the demanding landscapes of Norway and Alaska describes her physically exhausting survival endeavors on a ruthless arctic tundra marked by violent natural and human threats.