These poems and essays by contemporary Black authors that explore racial identity, community, and injustice. At turns joyous and contemplative, these titles examine the history and future of Black experience.

Counting Descent by Clint Smith
Clint Smith's debut poetry collection is a coming-of-age story that seeks to complicate our conception of lineage and tradition. Smith explores the cognitive dissonance that results from belonging to a community that unapologetically celebrates black humanity while living in a world that often renders blackness a caricature of fear. 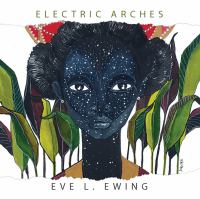 Electric Arches by Eve L Ewing
Blending stark realism with the surreal and fantastic, Eve L. Ewing's narrative takes us from the streets of 1990s Chicago to an unspecified future, deftly navigating the boundaries of space, time, and reality.

Finna : Poems by Nate (Poet) Marshall
A lyrical and sharp celebration, these poems consider the brevity and disposability of Black lives and other oppressed people in our current era of emboldened white supremacy, and the use of the Black vernacular in America's vast reserve of racial and gendered epithets.

How to Be Drawn by Terrance Hayes
In his daring fifth collection, Terrance Hayes explores how we see and are seen. While many of these poems bear the clearest imprint yet of Hayes's background as a visual artist, they do not strive to describe art so much as inhabit it.

Hymn for the Black Terrific : Poems by Kiki Petrosino
Petrosino offers us wildly inventive lyrics that take as launch pad allergenesis, the contents and significance of swamps, a revised notion of marriage, and ancestors -- both actual and dreamed. The eponymous second section storms through Chinese delicacies, doubts, and confident proclamations from regions of an exploratory self.

Life on Mars : Poems by Tracy K Smith
With allusions to David Bowie and interplanetary travel, "Life on Mars" imagines a soundtrack for the universe to accompany the discoveries, failures, and oddities of human existence. 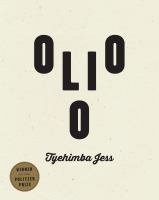 Olio by Tyehimba Jess
Part fact, part fiction, Tyehimba Jess's much anticipated second book weaves sonnet, song, and narrative to examine the lives of mostly unrecorded African American performers directly before and after the Civil War up to World War I. Olio is an effort to understand how they met, resisted, complicated, co-opted, and sometimes defeated attempts to minstrelize them.

The Book of Delights by Ross Gay
The winner of the NBCC Award for Poetry offers up a spirited collection of short lyric essays, written daily over a tumultuous year, reminding us of the purpose and pleasure of praising, extolling, and celebrating ordinary wonders.

Thrall : Poems by Natasha D. Trethewey
Charting the intersections of public and personal history, Thrall explores the historical, cultural, and social forces that determine the roles to which a mixed-race daughter and her white father are consigned. In a brilliant series of poems about the taxonomies of mixed unions, Natasha Trethewey creates a fluent and vivid backdrop to her own familial predicament.

Voyage of the Sable Venus : And Other Poems by Robin Coste Lewis
Bracketed by Lewis's own autobiographical poems, "Voyage" is a tender and shocking meditation on the fragmentary mysteries of stereotype, juxtaposing our names for things with what we actually see and know.

We Inherit What the Fires Left : Poems by William Evans
William Evans, the award-winning poet and cofounder of the popular culture website Black Nerd Problems, offers an emotionally vulnerable poetry collection exploring the themes of inheritances, dreams, and injuries that are passed down from one generation to the next and delving into the lived experience of a black man in the American suburbs today.