Folk horror is an increasingly popular genre of horror film, including recent favorites like The Witch (2016) and Midsommar (2019) and cult classics like The Wicker Man (1975) and The Children of the Corn (1984).

Folk horror is usually rooted in rural and rustic settings, both the backwoods and small towns, often in the regions of Britain or New England (but not always). The geography of the land contributes to the atmosphere of a liminal space between the past and the present, where ancient myths and superstitions still have influence over the land and the people that live there.

Frequently, folk horror only glimpses at any supernatural horror. Instead, drawing terror and dread from the fear of being alone in an unknown environment or trapped amongst a people with bizarre beliefs unlike your own.

Whichever path the story takes you, folk horror's scares come from a world hidden, still tied to the past and its "old ways," and if that's what sends shivers down your spine, then give the following reads a look:

Dark Harvest by Norman Partridge
It is Halloween, 1963. They call him the October Boy, or Ol' Hacksaw Face, or Sawtooth Jack. Whatever the name, everybody in this small Midwestern town knows who he is. How he rises from the cornfields every Halloween, a butcher knife in his hand, and makes his way toward town, where gangs of teenage boys eagerly await their chance to confront the legendary nightmare. Both the hunter and the hunted, the October Boy is the prize in an annual rite of life and death. Pete McCormick knows that killing the October Boy is his one chance to escape a dead-end future in this one-horse town. He's willing to risk everything, including his life, to be a winner for once. But before the night is over, Pete will look into the saw-toothed face of horror - and discover the terrifying true secret of the October Boy...

Devil's Day by Andrew Michael Hurley
A gripping and unsettling new novel by the award-winning author of "The Loney" that asks how much we owe to tradition, and how far we will go to preserve it.

Empire of Wild: A Novel by Cherie Dimaline
A story inspired by the Canadian Métis legend of the Rogarou finds a woman reconnecting with her heritage when her missing husband reappears in the form of a charismatic preacher who does not recognize her. 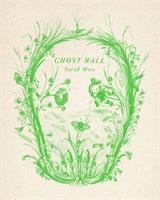 Ghost Wall by Sarah Moss
Spending time with her family at an Iron Age reenactment field site in northern England that requires participants to use prehistoric tools and knowledge to survive, Silvie begins to envision her own future before a spiritual ritual involving human sacrifice raises disturbing questions.

Harvest Home [Electronic Resource]. by Thomas Tryon
Electronic book. After watching his asthmatic daughter suffer in the foul city air, Theodore Constantine decides to get back to the land. When he and his wife search New England for the perfect nineteenth-century home, they find no township more charming, no countryside more idyllic than the farming village of Cornwall Coombe. Here they begin a new life: simple, pure, close to nature--and ultimately more terrifying than Manhattan's darkest alley. When the Constantines win the friendship of the town matriarch, the mysterious Widow Fortune, they are invited to join the ancient festival of Harvest Home, a ceremony whose quaintness disguises dark intentions. In this bucolic hamlet, where bootleggers work by moonlight and all of the villagers seem to share the same last name, the past is more present than outsiders can fathom--and something far more sinister than the annual harvest is about to rise out of the earth. Credited as the inspiration for Stephen King's "Children of the Corn," Thomas Tryon's chilling novel was ahead of its time when first published, and continues to provoke abject terror in readers.

Lanny: A Novel by Max Porter
A follow-up to the prizewinning "Grief Is the Thing with Feathers" follows the awakening of a mythical being in a London village, where he observes the domestic dramas and creative energies surrounding a mischievous, ethereal young newcomer.

Night Shift by Stephen King
Nineteen of King's most unsettling short pieces: bizarre tales of dark doings and unthinkable acts from the twilight regions where horror and madness take on eerie, unearthly forms, where noises in the walls and shadows by the bed are always signs of something dreadful on the prowl. Features the story "Children of the Corn."

The Auctioneer by Joan Samson
One of the finest and best-selling horror novels of the 1970s returns at last to chill a new generation of readers! In the isolated farming community of Harlowe, New Hampshire, where life has changed little over the past several decades, John Moore and his wife Mim work the land that has been in his family for generations. But from the moment the charismatic Perly Dunsmore arrives in town and starts soliciting donations for his auctions, things begin slowly and insidiously to change in Harlowe. As the auctioneer carries out his terrible, inscrutable plan, the Moores and their neighbors will find themselves gradually but inexorably stripped of their possessions, their freedom, and perhaps even their lives ...

The Loney by Andrew Michael Hurley
When the remains of a young child are discovered during a winter storm on a stretch of the bleak Lancashire coastline known as the Loney, a man named Smith is forced to confront the terrifying and mysterious events that occurred forty years earlier when he visited the place as a boy.

The Lottery and Other Stories by Shirley Jackson
The Lottery , one of the most terrifying stories written in this century, created a sensation when it was first published . This collection, the only one to appear during Shirley Jackson's lifetime, unites "The Lottery" with twenty-four equally unusual stories. Together they demonstrate Jackson's remarkable range and power as a storyteller.

The Ritual by Adam L. G Nevill
When four old University friends set off into the Scandinavian wilderness of the Arctic Circle, they aim to briefly escape the problems of their lives and reconnect with one another. But when Luke, the only man still single and living a precarious existence, finds he has little left in common with his well-heeled friends, tensions rise. With limited experience between them, a shortcut meant to ease their hike turns into a nightmare scenario that could cost them their lives.

The Twisted Ones by T Kingfisher
When Mouse's dad asks her to clean out her dead grandmother's house, she says yes. After all, how bad could it be? Answer: pretty bad. Grandma was a hoarder, and her house is packed to the gills with useless garbage. That would be horros enough, but there's more. Mouse stumbles across her step-grandfather's journal, which at first seems to be the ravings of a broken mind. Until she encounters some of the terrifying things he described herself. Alone in the woods with her dog, Mouse has to confront a series of impossible terrors--because sometimes the things that go bump in the night are real, and they're looking for you. And if she doesn't face them head on, she might not survive to tell the tale.

Those Across the River by Christopher Buehlman
Haunted by memories of the Great War, failed academic Frank Nichols and his wife have arrived in the sleepy Georgia town of Whitbrow, where Frank hopes to write a history of his family's old estate -- the Savoyard Plantation -- and the horrors that occurred there. At first their new life seems to be everything they wanted. But under the facade of summer socials and small town charm, there is an unspoken dread that the townsfolk have lived with for generations. 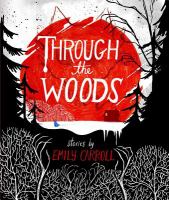 Through the Woods by Emily Carroll
Journey through the woods in this sinister, compellingly spooky collection that features four brand-new stories and one phenomenally popular tale in print for the first time. These are fairy tales gone seriously wrong, where you can travel to "Our Neighbor's House"--though coming back might be a problem. Or find yourself a young bride in a house that holds a terrible secret in "A Lady's Hands Are Cold." You might try to figure out what is haunting "My Friend Janna," or discover that your brother's fiancée may not be what she seems in "The Nesting Place." And of course you must revisit the horror of "His Face All Red," the breakout webcomic hit that has been gorgeously translated to the printed page.