The "Wood Wide Web" hides underneath our feet, barely noticed but very important. The wood wide web (also known as mycorrhizal networks) is a network of mutually beneficial symbiotic relationships between fungi, plants, and bacteria. In these networks, fungi wind tendrils of thin, almost invisible, thread-like "hyphae" through the soil, connecting fungi to the roots of plants. These hyphae allow for communication and nutrient exchange between plants and fungi underneath the forest floor.

The Hidden Life of Trees: What They Feel, How They Communicate: Discoveries From a Secret World by Peter Wohlleben
A forester's fascinating stories, supported by the latest scientific research, reveal the extraordinary world of forests and illustrate how trees communicate and care for each other.

Entangled Life: How Fungi Make Our Worlds, Change Our Minds & Shape Our Futures by Merlin Sheldrake
Citing the ubiquitous role of fungi in the environment, a scientific tour of examples ranging from yeast to psychedelics reveals the complex fungi networks that link plants together and make most biological life processes possible. 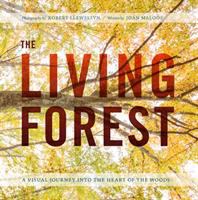 The Living Forest: A Visual Journey Into the Heart of the Woods by Robert J Llewellyn
"The Living Forest" is a journey into one of the planet's most familiar yet most mysterious habitats. Learn the science behind the wonder, as you gaze down on a pine tree canopy brimming with nesting herons, go nose-to-nose with a larval salamander, witness time-lapse imagery of emerging leaves, and marvel at the stranger-than-fiction ways plants, insects, mammals, birds, and fungi interact and cooperate. In this realm, the tiny and the grand, the living and the dead, the seen and the unseen all have essential roles to play.

The Forest Unseen: A Year's Watch in Nature by David George Haskell
Written with remarkable grace and empathy, "The Forest Unseen" is a grand tour of nature in all its profundity. Biologist David George Haskell uses a one-square-meter patch of old-growth Tennessee forest as a window onto the entire natural world. Visiting it almost daily for one year to trace nature's path through the seasons, he brings the forest and its inhabitants to vivid life. Beginning with simple observations--a salamander scuttling across the leaf litter, the first blossom of spring wildflowers--Haskell spins a brilliant web of biology, ecology, and poetry, explaining the science binding together ecosystems that have cycled for thousands--sometimes millions--of years.

Witness Tree: Seasons of Change With a Century-Old Oak by Lynda Mapes
An intimate look at one majestic hundred-year-old oak tree through four seasons--and the reality of global climate change it reveals.

The Mushroom Hunters: On the Trail of an Underground America by Langdon Cook
Within the dark corners of America's forests grow culinary treasures. Chefs pay top dollar to showcase these elusive and beguiling ingredients on their menus. Whether dressing up a filet mignon with smoky morels or shaving luxurious white truffles over pasta, the most elegant restaurants across the country now feature an abundance of wild mushrooms. The mushroom hunters, by contrast, are a rough lot. They live in the wilderness and move with the seasons. Motivated by Gold Rush desires, they haul improbable quantities of fungi from the woods for cash. Langdon Cook embeds himself in this shadowy subculture, reporting from both rural fringes and big-city eateries with the flair of a novelist, uncovering along the way what might be the last gasp of frontier-style capitalism. Rich with the science and lore of edible fungi--from seductive chanterelles to exotic porcini--The Mushroom Hunters is equal parts gonzo travelogue and culinary history lesson, a rollicking, character-driven tour through a world that is by turns secretive, dangerous, and tragically American.

Teaming With Fungi: The Organic Grower's Guide to Mycorrhizae by Jeff Lowenfels
"Teaming with Fungi" is an important guide to mycorrhizae and the role they play in agriculture, horticulture, and hydroponics. Almost every plant in a garden forms a relationship with fungi, and many plants would not exist without their fungal partners. By better understanding this relationship, home gardeners can take advantage of the benefits of fungi, which include an increased uptake in nutrients, resistance to drought, earlier fruiting, and more. This must-have guide will teach you how fungi interact with plants and how to best to employ them in your home garden.

The Cabaret of Plants: Forty Thousand Years of Plant Life and the Human Imagination by Richard Mabey
A masterful, globe-trotting exploration of the relationship between humans and the kingdom of plants by the renowned naturalist Richard Mabey. 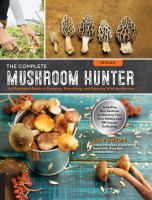 The Complete Mushroom Hunter : An Illustrated Guide to Foraging, Harvesting and Enjoying Wild Mushrooms: Including New Sections on Growing Your Own Edibles and Off-Season Collecting by Gary Lincoff
This revised edition includes a history of mushroom hunting worldwide; how to get equipped for mushroom forays; an illustrated guide to the common wild edible mushrooms; and cultivating, preparing and serving the harvest.

The Hidden Half of Nature: The Microbial Roots of Life and Health by David R. Montgomery
Prepare to set aside what you think you know about yourself and microbes. Good health--for people and for plants--depends on Earth's smallest creatures. "The Hidden Half of Nature" tells the story of our tangled relationship with microbes and their potential to revolutionize agriculture and medicine, from garden to gut.

Braiding Sweetgrass [Electronic Resource] by Robin Wall Kimmerer
An inspired weaving of indigenous knowledge, plant science, and personal narrative from a distinguished Native American professor of science. As a botanist and professor of plant ecology, Robin Wall Kimmerer has spent a career learning how to ask questions of nature using the tools of science. As a Potawatomi woman, she learned from elders, family, and history that the Potawatomi, as well as a majority of other cultures indigenous to this land, consider plants and animals to be our oldest teachers. In "Braiding Sweetgrass," Kimmerer brings these two lenses of knowing together to reveal what it means to see humans as the younger brothers of creation. As she explores these themes she circles toward a central argument: the awakening of a wider ecological consciousness requires the acknowledgement and celebration of our reciprocal relationship with the world. Once we begin to listen for the languages of other beings, we can begin to understand the innumerable life-giving gifts the world provides us and learn to offer our thanks, our care, and our own gifts in return. 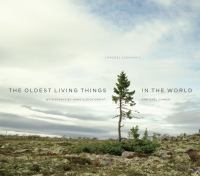 The Oldest Living Things in the World by Rachel Sussman
"The Oldest Living Things in the World" is an epic journey through time and space. Over the past decade, artist Rachel Sussman has researched, worked with biologists, and traveled the world to photograph continuously living organisms that are 2,000 years old and older. Spanning from Antarctica to Greenland, the Mojave Desert to the Australian Outback, the result is a stunning and unique visual collection of ancient organisms unlike anything that has been created in the arts or sciences before, insightfully and accessibly narrated by Sussman along the way.

Teaming With Microbes: The Organic Gardener's Guide to the Soil Food Web by Jeff Lowenfels
This book provides information on ways to strengthen and cultivate the soil food web to grow healthy plants without the use of chemicals.