In the words of activist Rachel Cargle, "Black history is American history." Open your eyes and ears to the stories of our country's history told by Black Americans.

A Black Women's History of the United States by Daina Ramey Berry
A critical survey of black women's complicated legacy in America, as it takes into account their exploitation and victimization as well as their undeniable and substantial contributions to the country since its inception. 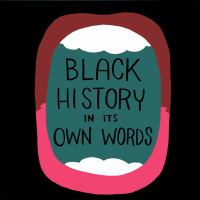 Driving While Black : African American Travel and the Road to Civil Rights by Gretchen Sullivan Sorin
Gretchen Sorin recovers a forgotten history of black motorists, and recounts their creation of a parallel, unseen world of travel guides, black only hotels, and informal communications networks that kept black drivers safe. At the heart of this story is Victor and Alma Green's famous Green Book, begun in 1936, which made possible that most basic American right, the family vacation, and encouraged a new method of resisting oppression.

Four Hundred Souls : A Community History of African America, 1619-2019 by Ibram X Kendi
Ibram X. Kendi, director of the Antiracism Institute of American University, and Keisha Blain, editor of The North Star have gathered together eighty black writers from all disciplines - historians and artists, journalists and novelists - each of whom has contributed an entry about one five-year period to create a dynamic multivoiced single-volume history of black people in America.

Hoecakes, Hambone, and All That Jazz : African American Traditions in Missouri by Rose M. Nolen
Recalls the many advances African Americans have made throughout Missouri's history and uses the accomplishments of individuals to demonstrate the considerable contribution of African American culture to Missouri and all of the United States.

Light for the World to See by Kwame Alexander
A powerful and provocative collection of poems that cut to the heart of the entrenched racism and oppression in America and eloquently explores ongoing events. A book in the tradition of James Baldwin's "A Report from Occupied Territory," Light for the World to See is a rap session on race. A lyrical response to the struggles of Black lives in our world . . . to America's crisis of conscience . . . to the centuries of loss, endless resilience, and unstoppable hope. Includes an introduction by the author and a bold, graphically designed interior.

March: Book One by John and Andrew Aydin Lewis
March is a vivid first-hand account of John Lewis' lifelong struggle for civil and human rights, meditating in the modern age on the distance traveled since the days of Jim Crow and segregation. Rooted in Lewis' personal story, it also reflects on the highs and lows of the broader civil rights movement. 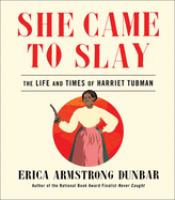 She Came to Slay : The Life and Times of Harriet Tubman by Erica Armstrong Dunbar
A lively, informative and illustrated tribute to one of the most exceptional women in American history--Harriet Tubman--looks at a heroine whose fearlessness and activism still resonates today.

The Dead Are Arising : The Life of Malcolm X by Les Payne
A revisionary portrait of the iconic civil rights leader draws on hundreds of hours of interviews with surviving family members, intelligence officers and political leaders to offer new insights into Malcolm X's Depression-era youth, religious conversion and 1965 assassination.

The Three Mothers : How the Mothers of Martin Luther King, Jr., Malcolm X, and James Baldwin Shaped a Nation by Anna Malaika Tubbs
In her groundbreaking and essential debut The Three Mothers, scholar Anna Malaika Tubbs celebrates Black motherhood by telling the story of the three women who raised and shaped some of America's most pivotal heroes: Martin Luther King, Jr., Malcolm X, and James Baldwin. Much has been written about Berdis Baldwin's son James, about Alberta King's son Martin Luther, and Louise Little's son Malcolm. But virtually nothing has been said about the extraordinary women who raised them, who were all born at the beginning of the 20th century and forced to contend with the prejudices of Jim Crow as Black women.

The Warmth of Other Suns : The Epic Story of America's Great Migration by Isabel Wilkerson
In this epic, beautifully written masterwork, Pulitzer Prize-winning author Isabel Wilkerson chronicles one of the great untold stories of American history: the decades-long migration of black citizens who fled the South for northern and western cities, in search of a better life. From 1915 to 1970, this exodus of almost six million people changed the face of America.