By Breea M. at the Willard Branch Library

If you visit the Willard Branch Library in the coming weeks, the first display you might notice is the “New Year, New You” section which features adult titles meant to help patrons take their first life-changing steps into the new year. But stepping out of your comfort zone to become a better version of yourself isn’t just an adult-centered concept. Kids are constantly changing, learning and growing---and these five new picture book titles will help your children feel a bit more comfortable in doing so. 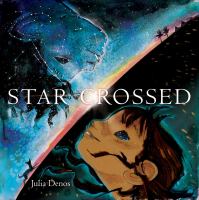 Acamar and Eridani are best friends, but Eridani is human and Acamar is “made of space and stars.” During the course of this story, the two friends switch places and get a chance to see the world from the other person’s perspective. Not only are the story’s illustrations beautiful, capturing a galactic moonglow and otherworldly beauty, but it shows how friendships can be maintained despite distances and differences. 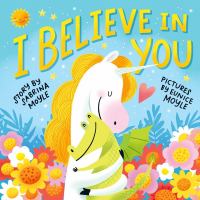 I Believe in You by Sabrina Moyle

It’s time for Little Dragon to spread his wings and fly! Good thing he has the love and support of his friend, Unicorn, to help him through the times of uncertainty and self-doubt. This is a great story for children who are ready to try new things but feel a bit intimidated by failure. The message is supportive and highlights how important it is to have a support system when taking that next step seems too overwhelming. 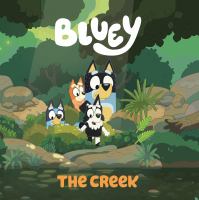 Bluey: The Creek (based on the ABC program)

If this story looks familiar, it probably is! Bluey is a popular Emmy-winning children’s television show with episodes now being adapted into picture books. In this story, Bluey is unsure about adventuring to the creek with her dad and friends. But when Bluey agrees to try something new instead of playing at the playground like she always does, she finds that exploring the unknown is pretty fantastic---and beautiful, too! 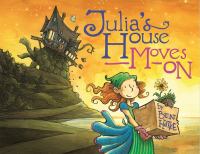 This is the sequel to the popular book, Julia’s House for Lost Creatures. It now seems Julia’s House is ready to move on to bigger and better things. Julia, her creatures and the house itself take a wacky and magical adventure while learning a very serious lesson about how we must prevail even when things don’t work out quite the way we’ve planned them. 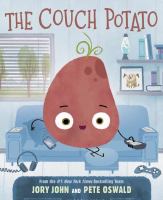 The Couch Potato by Jory John

Couch Potato is part of the Bad Seed picture book series---a very lazy part. Couch Potato is content to lounge in his living room all day. But that changes when his electricity goes out! This tale encourages children to get up, get moving and find a new adventure every day, even when the motivation to sit and do nothing but watch TV might be a stronger pull.