A Place At the Table by  Saadia Faruqi & Laura Shovan
Sixth-graders Sara, a Pakistani American, and Elizabeth, a Jewish girl, connect in an after school cooking club and bond over food and their mothers' struggles to become United States citizens.

A Snicker of Magic by Natalie Lloyd
The Pickles are new to Midnight Gulch, Tennessee, a town which legend says was once magic--but Felicity is convinced the magic is still there, and with the help of her new friend Jonah the Beedle she hopes to bring the magic back.

A Wish in the Dark by Christina Soontornvat
A boy on the run. A girl determined to find him. A compelling fantasy looks at issues of privilege, protest, and justice. All light in Chattana is created by one man -- the Governor, who appeared after the Great Fire to bring peace and order to the city. For Pong, who was born in Namwon Prison, the magical lights represent freedom, and he dreams of the day he will be able to walk among them. But when Pong escapes from prison, he realizes that the world outside is no fairer than the one behind bars. The wealthy dine and dance under bright orb light, while the poor toil away in darkness. Worst of all, Pong's prison tattoo marks him as a fugitive who can never be truly free. Nok, the prison warden's perfect daughter, is bent on tracking Pong down and restoring her family's good name. But as Nok hunts Pong through the alleys and canals of Chattana, she uncovers secrets that make her question the truths she has always held dear. Set in a Thai-inspired fantasy world, Christina Soontornvat's twist on Victor Hugo's Les Misérables is a dazzling, fast-paced adventure that explores the difference between law and justice -- and asks whether one child can shine a light in the dark.
Other booklists with this title -
Newbery Award
World Fiction
Mark Twain Award Nominees 2022-2023

Alice's Farm by Maryrose Wood
A brave young rabbit must work with her natural predators to save her farmland home and secretly help the farm's earnest but incompetent new owners. When a new family moves into Prune Street Farm, Alice and the other cottontails are cautious. The new owners are from the city; the family and their dog are not at all what the rabbits expect, and soon Alice is making new friends and doing things no rabbit has done before. When she overhears a plan by a developer to run the family off and bulldoze the farm, Alice comes up with a plan, helped by the farmer's son, and other animals, including a majestic bald eagle.

From the Desk of Zoe Washington by  Janae Marks
Avid baker Zoe Washington receives a letter on her twelfth birthday from her biological father, who is in prison for a terrible crime.

From the Mixed-Up Files of Mrs. Basil E. Frankweiler by E. L. Konigsburg
Having run away with her younger brother to live in the Metropolitan Museum of Art, twelve-year-old Claudia strives to keep things in order in their new home and to become a changed person and a heroine to herself. Lexile Level: 700
Other booklists with this title -
Newbery Award
Books Every Fourth Grader Should Know
Classics to Read Aloud

Ghost by Jason Reynolds
Aspiring to be the fastest sprinter on his elite middle school's track team, gifted runner Ghost finds his goal challenged by a tragic past with a violent father. A Caitlyn Dlouhy book.
Series -
Track
Other booklists with this title -
Mark Twain Award Nominees 2018-2019

Harbor Me by Jacqueline Woodson
When six students are chosen to participate in a weekly talk with no adults allowed, they discover that when they're together, it's safe to share the hopes and fears they have to hide from the rest of the world.

Last Last-Day-of-Summer by  L. R. (Lamar R.) Giles
When adventurous cousins Otto and Sheed Alston accidentally extend the last day of summer by freezing time, they find the secrets between the unmoving seconds are not as much fun as they expected.

Nevermoor : the Trials of Morrigan Crow by  Jessica Townsend
A cursed child destined to die on her eleventh birthday is rescued and whisked away to a secret realm called Nevermoor and given the chance to compete for a place in a prestigious organization called the Wundrous Society.
Series -
Nevermoor
Other booklists with this title -
If You Like Harry Potter

Redwall by Brian Jacques
When the peaceful life of ancient Redwall Abbey is shattered by the arrival of the evil rat Cluny and his villainous hordes, Matthias, a young mouse, determines to find the legendary sword of Martin the Warrior which, he is convinced, will help Redwall's inhabitants destroy the enemy.
Series -
Redwall - Brian Jacques
Other booklists with this title -
Tales of Talking Animals

The Great Greene Heist by Varian Johnson
Jackson Greene has a reputation as a prankster at Maplewood Middle School, but after the last disaster he is trying to go straight--but when it looks like Keith Sinclair may steal the election for school president from Jackson's former best friend Gabriela, he assembles a team to make sure Keith does not succeed.

The Vanderbeekers of 141st Street by  Karina Yan Glaser
Told that they will have to move out of their Harlem brownstone just after Christmas, the five Vanderbeeker children, ages four to twelve, decide to change their reclusive landlord's mind.
Series -
The Vanderbeekers

The War That Saved My Life by Kimberly Brubaker Bradley
A young disabled girl and her brother are evacuated from London to the English countryside during World War II, where they find life to be much sweeter away from their abusive mother.
Other booklists with this title -
Mark Twain Award Winners
Newbery Award
Schneider Family Middle School Award
Mark Twain Award Nominees 2017-2018

When Stars Are Scattered by Victoria Jamieson
Omar and his younger brother Hassan live in a refugee camp, and when an opportunity for Omar to get an education comes along, he must decide between going to school every day or caring for his nonverbal brother in this intimate and touching portrayal of family and daily life in a refugee camp--Provided by publisher.
Other booklists with this title -
Schneider Family Middle School Award
World Fiction
Mark Twain Award Nominees 2022-2023 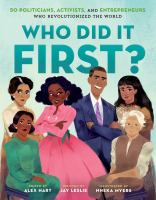