Stories Around the World 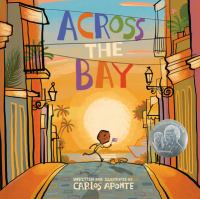 Across the Bay by  Carlos Aponte
Carlitos lives in a happy home with his mother, his abuela, and Coco the cat. Life in his hometown is cozy as can be, but the call of the capital city pulls Carlitos across the bay in search of his father. 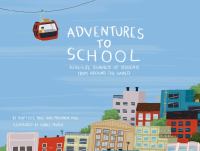 Adventures to School : Real-Life Journeys of Students From Around the World by  Baptiste Paul
Children all around the world go to school. Some children walk for three hours while others take a bus or walk over a wire bridge. Read along as students from fifteen different nations embark on their journeys to get to school in the morning, and learn about the diverse landscapes and cultures of these countries along the way! 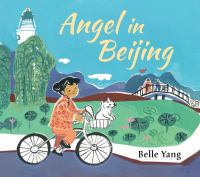 Angel in Beijing by Belle Yang
In busy Beijing, New Year's Eve firecrackers scare a stray white cat into the courtyard of a young girl. The two become fast friends, riding the girl's bike through the city and seeing all kinds of people and things. 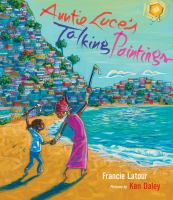 Auntie Luce's Talking Paintings by  Francie Latour
Every winter, a young girl flies to Haiti to visit her Auntie Luce, a painter. The moment she steps off the plane, she feels a wall of heat, and familiar sights soon follow. Through Haiti's colors, the girl comes to understand this place her family calls home. 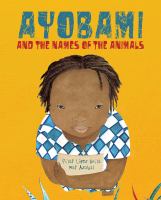 Ayobami and the Names of the Animals by  Pilar López Ávila
After war comes to an end in her African homeland, Ayobami can finally return to her schoolhouse. But in order to do so, she must take a dangerous path through the jungle, armed only with a piece of paper and a worn-out pencil.

Bon Voyage by Anna Alter
Mili loves her new home but misses the excitement of traveling, so she persuades her neighbors to join her on a trip to Paris. 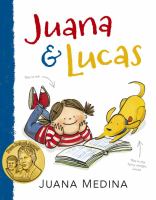 Juana & Lucas by Juana Medina
A spunky young girl from Colombia loves playing with her canine best friend and resists boring school activities, especially learning English, until her family tells her that a special trip is planned to an English-speaking place.
Other booklists with this title -
Pura Belpre Author Award 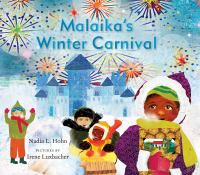 Malaika's Winter Carnival by  Nadia L Hohn
Malaika has trouble adjusting to Canada when her family moves from their island home. Tells a warm story about the importance of family, especially when adjusting to a new home. 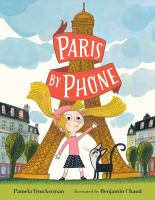 Paris by Phone by  Pamela Druckerman
When Josephine Harris follows her heart to Paris, she realizes that the city of lights is still missing one thing--her mom. 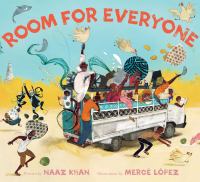 Room for Everyone by  Naaz Khan
Musa and his sister travel to a Zanzibar beach in a shared minibus which, despite Musa's protests, gets loaded with everything from a man and his bicycle to ten swimmers. 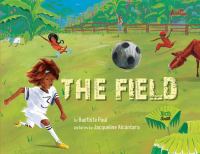 The Field by  Baptiste Paul
Children form teams, build a pitch, and play a joyous game of soccer, in a book with English and Creole (as spoken in Saint Lucia) vocabulary words.

The Mystery at the Coral Reef by Harper Paris
With help from their cousin Harry, eight-year-old twins Ella and Ethan discover who is illegally taking coral from the reefs near their aunt and uncle's beach house on the shore of Australia's Coral Sea.
Series -
Greeting's From Somewhere 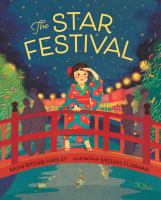 The Star Festival by  Moni Ritchie Hadley
As five-year-old Keiko and her eighty-five year old Obi, or grandmother, excitedly prepare to celebrate the Star Festival, Tanabata Matsuri, Obi tells the story of Tanabata. Includes information about the festival and how it is celebrated. 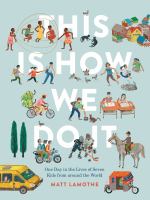 This Is How We Do It: One Day in the Lives of Seven Kids From Around the World by  Matt Lamothe
Follows the daily lives of seven children from around the world, including such places as Japan, India, Uganda, and Italy, and discusses how schools, meals, and play can be different or similar in different places in the world.

Yours Sincerely, Giraffe by Megumi Iwasa
A giraffe that lives in Africa meets a pelican who is a mailman. Since the giraffe is bored, she sends a letter to the first animal the pelican can find on the other side of the horizon. The letter passes on to a seal who gives it to a penguin. Penguin reads the letter and even though he does not understand it he writes back, and becomes the giraffe's pen pal. Although they do not know what each other looks like, the giraffe decides to meet her new friend disguised as a penguin!
Updated 02/17/2022
Find this booklist online at http://thelibrary.org/kids/books/booklist.cfm