The Alex Awards are given to ten books written for adults that have special appeal to young adults, ages 12 through 18. The winning titles are selected from the previous year's publishing. The Alex Awards were first given annually beginning in 1998 and became an official ALA award in 2002.

A Boy and His Dog at the End of the World
by  Charlie Fletcher
The world used to be crowded before all the people went away, but Gris and his parents were never lonely on their remote island. They had each other and their dogs. Then the thief came. There may be no laws left, but if someone steals your dog, you can expect someone to come after you, because what's the point of love if you're not loyal.

Do You Dream of Terra-Two?
by  Temi Oh
When an Earth-like planet is discovered, a team of six teens, along with three veteran astronauts, embark on a twenty-year trip to set up a planet for human colonization--but find that space is more deadly than they ever could have imagined.

Dominicana
by  Angie Cruz
Fifteen-year-old Ana Cancion never dreamed of moving to America, the way the girls she grew up with in the Dominican countryside did. But when Juan Ruiz proposes and promises to take her to New York City, she has to say yes. It doesn't matter that he is twice her age, that there is no love between them. Their marriage is an opportunity for her entire close-knit family to eventually immigrate. So on New Year's Day, 1965, Ana leaves behind everything she knows and becomes Ana Ruiz, a wife confined to a cold six-floor walk-up in Washington Heights. Lonely and miserable, Ana hatches a reckless plan to escape. But at the bus terminal, she is stopped by Cesar, Juan's free-spirited younger brother, who convinces her to stay. As the Dominican Republic slides into political turmoil, Juan returns to protect his family's assets, leaving Cesar to take care of Ana. Suddenly, Ana is free to take English lessons at a local church, lie on the beach at Coney Island, see a movie at Radio City Music Hall, go dancing with Cesar, and imagine the possibility of a different kind of life in America. When Juan returns, Ana must decide once again between her heart and her duty to her family. In bright, musical prose that reflects the energy of New York City, Angie Cruz's Dominicana is a vital portrait of the immigrant experience and the timeless coming-of-age story of a young woman finding her voice in the world.___Amazon 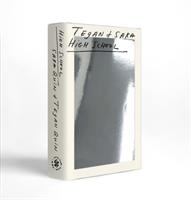 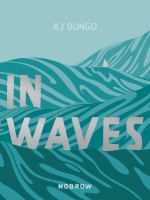 In Waves
by  Aj Dungo

Middlegame
by Seanan McGuire
Meet Roger. Skilled with words, languages come easily to him. He instinctively understands how the world works through the power of story. Meet Dodger, his twin. Numbers are her world, her obsession, her everything. All she understands, she does so through the power of math. Meet Reed, skilled in the alchemical arts like his progenitor before him. Reed created Dodger and her brother. He's not their father. Not quite. But he has a plan: to raise the twins to the highest power, to ascend with them and claim their authority as his own. -- Goodreads.com ________ A Tom Doherty Associates book.

Nickel Boys
by Colson Whitehead
The story of two boys sentenced to a hellish reform school in Jim Crow-era Florida._Goodreads

Red, White & Royal Blue
by  Casey McQuiston
A big-hearted romantic comedy in which the First Son falls in love with the Prince of Wales after an incident of international proportions forces them to pretend to be best friends.

The Swallows : A Novel
by Lisa Lutz
A new teacher at a New England prep school ignites a gender war--with deadly consequences--in a provocative novel from the bestselling author of The Passenger and the Spellman Files series. What do you love? What do you hate? What do you want? It starts with this simple writing prompt from Alex Witt, Stonebridge Academy's new creative writing teacher. When the students' answers raise disturbing questions of their own, Ms. Witt knows there's more going on the school than the faculty wants to see. She soon learns about The Ten--the students at the top of the school's social hierarchy--as well as their connection to something called The Darkroom. Ms. Witt can't remain a passive observer. She finds the few girls who've started to question the school's boys will be boys attitude and incites a resistance that quickly becomes a movement. But just as it gains momentum, she also attracts the attention of an unknown enemy who knows a little too much about her--including what brought her to Stonebridge in the first place. Meanwhile, Gemma, a defiant senior, has been plotting her attack for years, waiting for the right moment. Shy loner Norman hates his role in the Darkroom, but can't find the courage to fight back until he makes an unlikely alliance. And then there's Finn Ford, an English teacher with a shady reputation who keeps one eye on his literary ambitions and one on Ms. Witt. As the school's secrets begin to trickle out, a boys-versus-girls skirmish turns into an all-out war, with deeply personal--and potentially fatal--consequences for everyone involved. Lisa Lutz's blistering, timely tale shows us what can happen when silence wins out over decency for too long--and why the scariest threat of all might be the idea that sooner or later, girls will be girls.