The Missouri Building Block Picture Book Award is awarded by the Children's Services Round Table of the Missouri Library Association. This award is designed to encourage reading aloud to children from birth through kindergarten age. 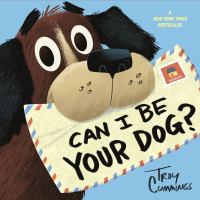 Can I Be Your Dog? by Troy Cummings
A dog looking for a home sends letters to prospective owners on Butternut Street, with surprising results. 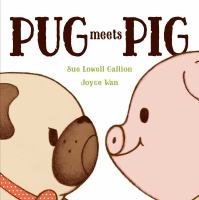 Pug Meets Pig by Sue Lowell Gallion Illustrated by  Joyce Wan
Pug is happy at home until Pig arrives, when he must share his bowl, his yard, and even his bed, but just as Pug is packing his belongings to leave things change for the better. 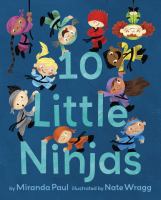 10 Little Ninjas by Miranda Paul Illustrated by Nate Wragg
From ten little ninjas sneaking out of bed to one cuddlebug asleep on the spread, rhyming text provides a count-down to bedtime. 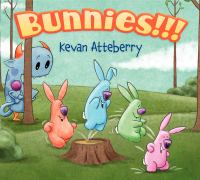 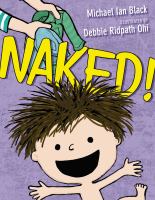 Naked! by Michael Ian Black Illustrated by Debbie Ridpath Ohi
A child discovers that the only thing more fun than being naked is wearing nothing but a cape. 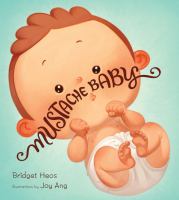 Mustache Baby by Bridget Heos Illustrated by Joy Ang
"A picture book about baby Billy, who is born with a mustache, and his parents, who must figure our if it's a Good-Guy mustache, or a Bad-Guy mustache"--Provided by publisher. 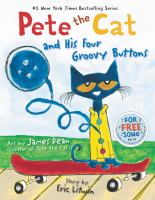 Pete the Cat and His Four Groovy Buttons by Eric Litwin Illustrated by James Dean
Pete the cat loves the buttons on his shirt so much that he makes up a song about them, and even as the buttons pop off, one by one, he still finds a reason to sing. 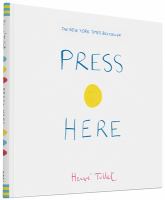 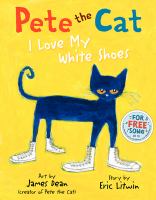 Pete the Cat: I Love My White Shoes by Eric Litwin
As he walks down the street, Pete the cat sings about his brand new white shoes as they change from red to blue to brown to wet. 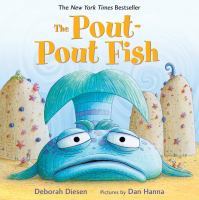 The Pout-Pout Fish by Deborah Diesen
The pout-pout fish believes he only knows how to frown, even though many of his friends suggest ways to change his expression, until one day a fish comes along that shows him otherwise. 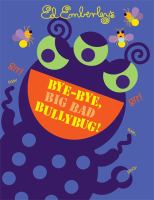 Ed Emberley's Bye-Bye Big Bad Bullybug by Ed Emberley
Die-cut pages reveal the scary and mean parts of a bullybug as it prepares to attack some itty-bitty baby bugs, but a rescuer arrives on the scene before the bully can make good on its threats. 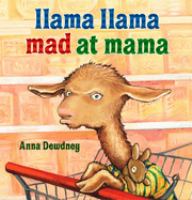 Llama Llama Mad at Mama by Anna Dewdney
A young llama wants to play but must go shopping with his mother instead, and so he gets angry and makes a mess at the store.Lexile 370 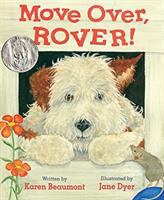 Move Over, Rover! by Karen Beaumont Illustrated by Jane Dyer
When a storm comes, Rover expects to have his doghouse all to himself but finds that various other animals, including a skunk, come to join him. It's raining cats and dogs! Good thing Rover is snuggled safe and dry inside his doghouse--until, one by one, a soggy menagerie of creatures shows up looking for a cozy place to sit out the storm. But who's the very unwelcome surprise visitor? Skunk, of course. Suddenly that doghouse isn't quite so crowded after all! 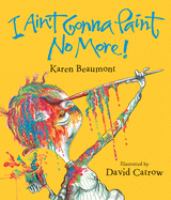 I Ain't Gonna Paint No More! by Karen Beaumont
In the rhythm of a familiar folk song, a child cannot resist adding one more dab of paint in surprising places. 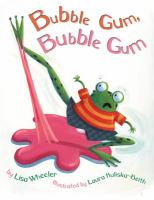 Bubble Gum, Bubble Gum by Lisa Wheeler
After a variety of animals get stuck one by one in bubble gum melting in the road, they must survive encounters with a big blue truck and a burly black bear. 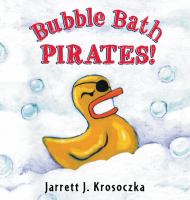 Bubble Bath Pirates! by Jarrett J. Krosoczka
When pirate mommy announces bath time, it is yo ho ho and to the bath we go for her little pirates. 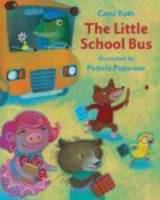 The Little School Bus by Carol Roth
An assortment of animals, including a goat in a coat, a quick chick, and a hairy bear, ride the bus to and from school. 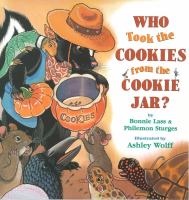 Two Cool Coyotes by Jillian Lund
Frank the coyote is sad when his friend Angelina moves away, but then he finds a new friend when Larry moves into the den next door. 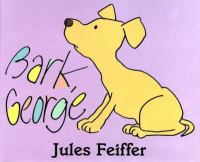 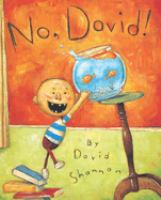 No, David! by David Shannon Illustrated by David Shannon
A young boy is depicted doing a variety of naughty things for which he is repeatedly admonished, but finally he gets a hug. 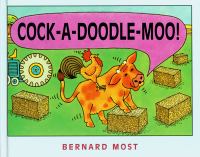 Cock-A-Doodle-Moo! by Bernard Most
When the rooster loses its voice and must ask the cow for help to wake everybody, the resulting sound provides a hearty laugh for the farmer and his animals. 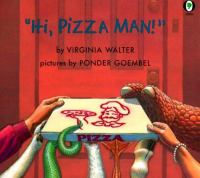 "Hi, Pizza Man!" by Virginia Walter
While a young girl waits for the delivery of a hot pizza, she provides the appropriate animal sounds for a variety of pretend animal pizza deliverers. 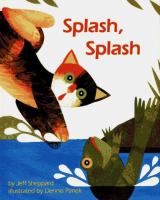 Splash, Splash by Jeff Sheppard
All kinds of animals, from a bee to a frog, fall into the water, making their own distinctive noises as they get wet.