Each year, Missouri schoolchildren in grades 1-3 vote for their favorite book from a list of nominated titles. The Show Me Readers Award is awarded to the author of this book by the Missouri Association of School Librarians. 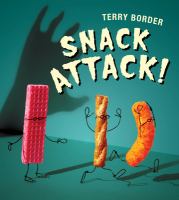 Snack Attack! by Terry Border Illustrated by  Terry Border
Although warned of the dangers lurking outside their packages, Cookie, Pretzel, and Cheese Doodle venture into the kitchen for fun but soon discover that Monster Kids are real. 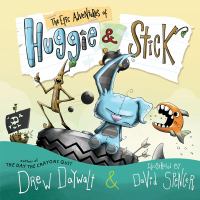 The Epic Adventures of Huggie & Stick by Drew Daywalt
When a grumpy stuffed bunny and a happy-go-lucky stick fall out of their boy's backpack, they embark on an odyssey that takes them all around the world, experiencing one crazy adventure after another. 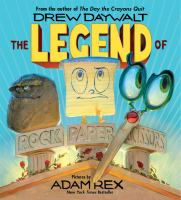 The Legend of Rock Paper Scissors by Drew Daywalt
You've played the game. Now read the legend of how it all began...rock, paper, and scissors. 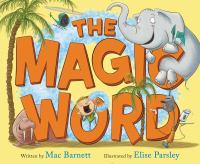 The Magic Word by Mac Barnett Illustrated by Elise Parsley
Paxton discovers that by saying the word "alakazoomba," he can magically get whatever he pleases. 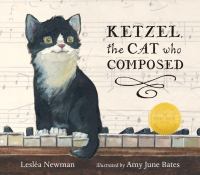 Ketzel, The Cat Who Composed by Leslea Newman Illustrated by Amy June Bates
Moshe Cotel was a composer who lived in a noisy building on a noisy street in a noisy city. One day, while out for a walk, he heard a small, sad sound that he'd never heard before. It was a tiny kitten! "Come on, little Ketzel," Moshe said, "I will take you home and we will make beautiful music together." And they did--in a most surprising way. 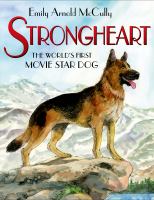 Strongheart: the World's First Movie Star Dog by Emily McCully
When silent movie director Larry Trimble decides to put Strongheart, a police dog, into his movies as the lead actor, he must first train him to play with toys and walk like a regular dog, but Strongheart becomes a sensation until his military training leads to trouble, and possibly the end of his career. Includes author's note on the real Strongheart. 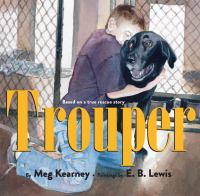 Trouper by Meg Kearney Illustrated by Earl B. Lewis
Trooper, a three-legged dog, remembers his life as a stray, before he was adopted. 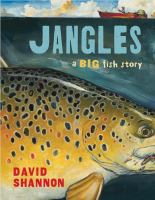 Jangles: A Big Fish Story by David Shannon Illustrated by David Shannon
A father relates to his son the tale of his encounter--and friendship--with a gigantic trout whose enormous jaw is covered with so many lures and fish hooks that he jangles when he swims, but who has never been caught. 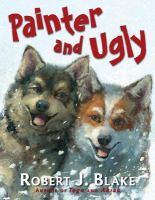 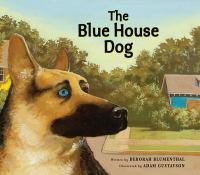 The Blue House Dog by Deborah Blumenthal
A boy whose beloved dog has died, and a dog whose owner also died, find each other and slowly begin to trust one another. 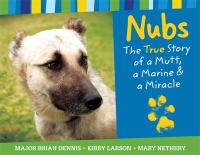 Nubs: The True Story of a Mutt, A Marine & a Miracle by Major Brian Dennis
The story of a wild dog who befriended Marine Major Brian Dennis in Iraq, and, when they were separated, trekked seventy miles through the desert winter to rejoin his friend. 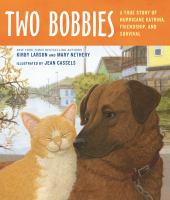 Two Bobbies: A True Story of Hurricane Katrina, Friendship, and Survival by Kirby Larson
Based on a true story, Two Bobbies takes place in the aftermath of Hurricane Katrina when many pets were lost or abandoned. A dog and cat wander together through the devastated city and miraculously survive hunger, floods and other dangers. When they are finally taken to an animal shelter, the volunteers discover that the cat is blind and could not have survived without the dog's help. Although their owner or owners are never found, the two friends, re-named Bob Cat and Bobbi, find a new home and a happy ending to their ordeal. The story includes an authors' note and a photograph of the real Bob Cat and Bobbi. 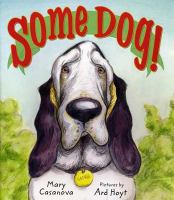 Some Dog! by Mary Casanova
A stray dog moves into George's formerly peaceful home, dazzling the man and woman of the house with lively tricks and antics that just leave George exhausted. 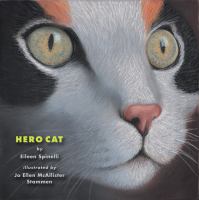 Hero Cat by Eileen Spinelli
A cat gives birth to a litter of kittens in an abandoned building that catches fire while she is out searching for food. 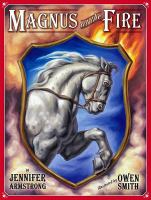 Magnus at the Fire by Jennifer Armstrong
When the Broadway Fire House acquires a motorized fire engine, Magnus the fire horse is not ready to retire.

Arrowhawk by Lola M. Schaefer
Based on the true story of a bird of prey's survival after being struck by a poacher's arrow. 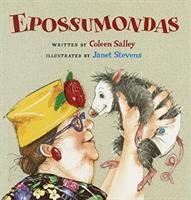 Epossumondas by Coleen Salley
A retelling of a classic tale in which a well-intentioned young possum continually takes his mother's instructions much too literally. 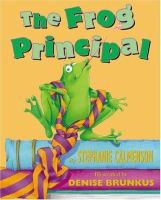 Frog Principal by Stephanie Calmenson
After the principal of P.S. 88 is turned into a frog by a bumbling magician, the frog bargains for the chance to act as principal until Mr. Bundy returns from his "family emergency." 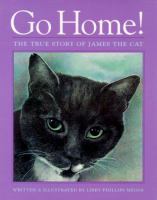 Go Home! The True Story of James the Cat by Libby Phillips Meggs
A homeless cat spends several seasons trying to survive the elements until at last a suburban family adopts him. 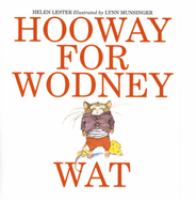 Hooway for Wodney Wat by Helen Lester
All his classmates make fun of Rodney because he can't pronounce his name, but it is Rodney's speech impediment that drives away the class bully. 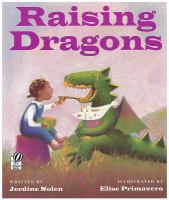 Raising Dragons by Jerdine Nolen
A farmer's young daughter shares numerous adventures with the dragon that she raises from infancy. 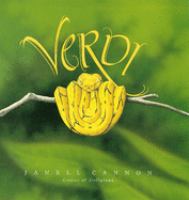 Verdi by Janell Cannon
A young python does not want to grow slow and boring like the older snakes he sees in the tropical jungle where he lives. 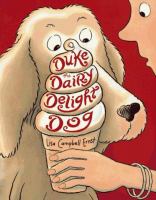 Duke the Dairy Delight Dog by Lisa Campbell Ernst
Darla doesn't want a dirty dog around her Dairy Delight, but Duke patiently tries every tactic to convince her that her shop is his home. 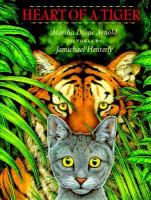 Heart of a Tiger by Marsha Arnold
As the Name Day celebration approaches, a young kitten tries to deserve a noble name, by following the path of the beautiful Bengal tiger. 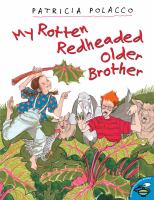 My Rotten Redheaded Older Brother by Patricia Polacco
After losing running, climbing, throwing, and burping competitions to her obnoxious older brother, a young girl makes a wish on a falling star. 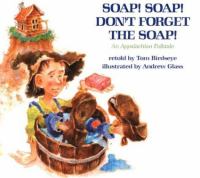 Soap! Soap! Don't Forget the Soap! by Tom Birdseye
A forgetful boy gets himself into trouble when he repeats what each person he meets on the road says to him. 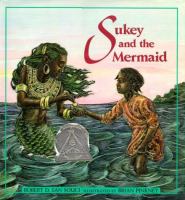 Sukey and the Mermaid by Robert D. San Souci Illustrated by Brian Pinkney
Unhappy with her life at home, Sukey receives kindness and wealth from Mama Jo the mermaid.