Here's a heaping pile of books on food and the culture surrounding food. Whether your interest is in the history, science, politics of food, or the personalities who make it, there is bound to be something for you.

A History of Food in 100 Recipes by William Sitwell
A riveting narrative history of food as seen through 100 recipes, from ancient Egyptian bread to modernist cuisine. Culinary expert and BBC television personality Sitwell explores the fascinating history of cuisine. We all love to eat, and most people have a favorite ingredient or dish. But how many of us know where our much-loved recipes come from, who invented them, and how they were originally cooked? In this book, culinary expert and BBC television personality William Sitwell explores the fascinating history of cuisine from the first cookbook to the first cupcake, from the invention of the sandwich to the rise of food television. It offers interesting fare for anyone who has wondered about the origins of the methods and recipes we now take for granted.

A Square Meal : A Culinary History of the Great Depression by Jane Ziegelman
Before 1929, America's relationship with food was defined by abundance. But the collapse of the economy left a quarter of all Americans out of work and undernourished. In 1933, for the first time in American history, the federal government assumed some of the responsibility for feeding its citizens. 'Home economists' brought science into the kitchen and imposed their vision of a sturdy, utilitarian cuisine on the American dinner table. Ziegelman and Coe provide an in-depth exploration of the greatest food crisis the nation has ever faced and how it transformed America's culinary culture.

Anthony Bourdain's Hungry Ghosts by Anthony Bourdain
On a dark, haunted night, a Russian Oligarch dares a circle of international chefs to play the samurai game of 100 Candles--where each storyteller tells a terrifying tale of ghosts, demons and unspeakable beings--and prays to survive the challenge. Inspired by the Japanese Edo period game of Hyakumonogatari Kaidankai, Hungry Ghosts reimagines the classic stories of yokai, yorei, and obake, all tainted with the common thread of food.

Chefs, Drugs and Rock & Roll : How Food Lovers, Free Spirits, Misfits and Wanderers Created a New American Profession by Andrew Friedman
A history of the U.S. restaurant chef in the 70s and 80s chronicles the profession's politically charged transformation as it reflected the rivalry between French-established masters in New York City and game-changing newcomers from California, in a book that recounts the stories of such notables as Mario Batali, Tom Colicchio and Bobby Flay.

Double Cup Love : On the Trail of Family, Food, and Broken Hearts in China by Eddie Huang
After questioning the authenticity of his Chinese identity, a first-generation Chinese-American embarks on a trip to connect with his homeland in this follow-up to Fresh Off the Boat, now a comedy airing on ABC.

Drive-Thru Dreams : A Journey Through the Heart of America's Fast-Food Kingdom by Adam Chandler
Chandler explores the inseparable link between fast food and American life for the past century. He finds that, in unexpected ways, fast food is deeply personal and emblematic of a larger than life image of America. Tracing the industry from its roots in Wichita, where White Castle became the first fast food chain in 1921 and successfully branded the hamburger as the official all-American meal, Chandler tells of humble beginnings, innovations and failures, international charisma, and regional identities-- a contemporary history of America through its beloved roadside fare. 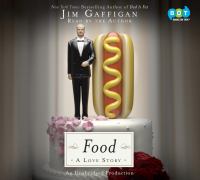 Food [Sound Recording] : A Love Story by Jim Gaffigan
Narrated by the author. Stand-up comedian and author Jim Gaffigan rhapsodizing over the most treasured dishes of the American diet.

Gastrophysics : The New Science of Eating by Charles Spence
An award-winning Oxford researcher profiles the emerging sensory science of gastrophysics to reveal the subtler influences of environment, sense enhancement and psychology on food and appetite, counseling readers on how to perceive their food differently for greater satisfaction and awareness. 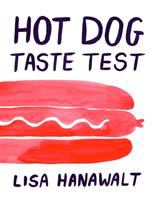 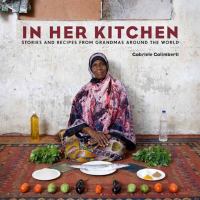 In Her Kitchen : Stories and Recipes From Grandmas Around the World by Gabriele Galimberti
Based on the slideshow that captured the world's attention, Gabriele Galimberti's ... portraits of grandmothers from all over the world with their signature dishes ... illustrates the international language of food and family.

Notes From a Young Black Chef : A Memoir by Kwame Onwuachi
As a boy Onwuachi was sent from the Bronx to rural Nigeria by his mother to 'learn respect.' Through food, he broke out of a dangerous downward spiral and embarked on a new beginning at the bottom of the culinary food chain before going on to train in the kitchens of some of the most acclaimed restaurants in the country and appearing as a contestant on Top Chef. His love of food and cooking was a constant, even when the road to success was riddled with potholes. Here he shares the pursuit of his passions, despite the odds. Each chapter includes one recipe.

Oishinbo, a La Carte. the Joy of Rice by Tetsu Kariya
In this volume of Oishinbo, Yamaoka and company look into the single most essential food in Japanese cuisine: rice. Cultivated for millennia, a staple meal in itself and the basis of countless other dishes, rice is an important component not only of the Japanese kitchen but also of Japanese culture. When Yamaoka is asked by Tozai's head chef for help in coming up with a new rice dish, what starts out as a simple culinary request rapidly grows into a disquisition into the past, present and future of Japan's food culture. This book is first in a series. 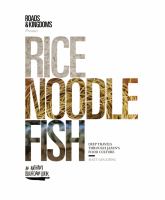 Rice, Noodle, Fish : Deep Travels Through Japan's Food Culture by Matt Goulding
An innovative new take on the travel guide, Rice, Noodle, Fish decodes Japan's extraordinary food culture through a mix of in-depth narrative and insider advice, along with 195 color photographs. In this 5000-mile journey through the noodle shops, tempura temples, and teahouses of Japan, Matt Goulding, co-creator of the enormously popular Eat This, Not That! book series, navigates the intersection between food, history, and culture, creating one of the most ambitious and complete books ever written about Japanese culinary culture from the Western perspective.

The Dorito Effect : The Surprising New Truth About Food and Flavor by Mark Schatzker
In The Dorito Effect, Mark Schatzker shows us how our approach to the nation's number one public health crisis has gotten it wrong. The epidemics of obesity, heart disease, and diabetes are not tied to the overabundance of fat or carbs or any other specific nutrient. Instead, we have been led astray by the growing divide between flavor--the tastes we crave--and the underlying nutrition.

The Food Explorer : The True Adventures of the Globe-Trotting Botanist Who Transformed What America Eats by Daniel Stone
The true adventures of David Fairchild, a late-nineteenth-century food explorer who traveled the globe and introduced diverse crops like avocados, mangoes, seedless grapes--and thousands more--to the American plate. 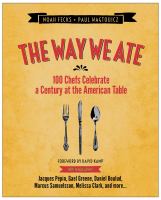 The Way We Ate : 100 Chefs Celebrate a Century at the American Table by Paul Wagtouicz and Noah Fecks
Take a trip back in time through the rich culinary tradition of the last American century with more than 100 of the nation's top chefs and food personalities.