Local Authors: The Ozarks in Perspective

The Ozarks have long been criticized and judged by outsiders, often times wrongly perceived as backwards and warped. Check out these local authors who provide a bit more insight with both fiction and nonfiction works to capture your attention! 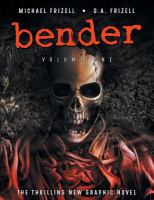 Bender. Vol. 1 by Michael Frizell
In the aftermath of the Civil War, the westward expansion was fraught with dangers both overt and hidden. Along the Osage Trail outside the tiny village of Cherryvale, Kansas, the Bender Inn seemed a haven for weary travelers, and one could not help but be enchanted by Kate Bender, the mysterious and beautiful proprietor. However, visitors had a way of disappearing, and time has dubbed it "The Devil's Inn." In part one of a six-part serial, witness the construction of the inn and the formation of a partnership that would lead to horror in this true story of murder on the plains.

Father of Route 66 : The Story of Cy Avery by Susan Croce Kelly
In this engaging biography of a remarkable man, Susan Croce Kelly begins by describing the urgency for "good roads" that gripped the nation in the early twentieth century as cars multiplied and mud deepened. Avery was one of a small cadre of men and women whose passion carried the Good Roads movement from boosterism to political influence to concrete-on-the-ground. While most stopped there, Avery went on to assure that one road--U.S. Highway 66--became a fixture in the imagination of America and the world.

Meaningful Work : A Quest to Do Great Business, Find Your Calling, and Feed Your Soul by Shawn Askinosie
Askinosie Chocolate is a small-batch, award winning chocolate company widely considered to be a vanguard in the industry. Known for sourcing 100% of his cocoa beans directly from farmers across the globe, Shawn Askinosie has pioneered direct trade and profit sharing in the craft chocolate industry with farmers in Tanzania, Ecuador, and the Philippines. In addition to developing relationships with smallholder farmers, the company also partners with schools in their origin communities to provide lunch to 1,600 children every day with no outside donations. Twenty-five years ago, Shawn Askinosie was a successful criminal defense lawyer trying his first murder death penalty case that would later go on to become a Dateline special. For many years he found law satisfying, but after several high profile trials he reached a breaking point and found solace in the search for a new career.

Romancing the Ozarks : A Treasury of Short Stories From Authors in the Ozarks by Ora Springfield
This collection contains short stories from Ozarks authors sure to delight and entertain readers of all generations. This anthology contains work from several different, all local, authors including Jean Rosenow, Kathy Mullens, and H.G. Stratmann.

Skunk Creek by Todd Parnell
A gruesome murder on the banks of Skunk Creek leads to a mystery and a rollicking adventure story. Populated by the crusading editor of a small town newspaper, an oversized Sheriff, a lovable band of merry misfits, and an evil cult, an Ozarks village is steeped in beauty, tragedy, love, and lust. Hardlyville and her colorful, unforgettable Hardlyvillains bring laughter, tears, and celebration of life at every turn as they seek to prevail over natural and unnatural threats to their way of life.

The Code of the Hills : An Ozarks Mystery by Nancy (Lawyer) Allen
In the Missouri Ozarks, some things aren't talked about ... even abuse. But prosecutor Elsie Arnold is determined to change that.When she is assigned to prosecute a high-profile incest case in which a father is accused of abusing his three young daughters, Elsie is ready to become the Ozarks' avenging angel. While Elsie swears not to let a sex offender walk, she realizes the odds--and maybe the town--are against her, and her life begins to crumble. But amidst all of the conflict, the safety of three young girls hangs in the balance ...

The Legend of the Albino Farm by Steve B. Yates
The Legend of the Albino Farm has haunted two generations of Sheehys and marred all memory of the family's glory days. Worse, this spooky lore now draws revelers, druggies, motorcycle gangs, hippies, and later Goths to trample the land, set bonfires, and vandalize its structures, all while Hettienne's aged aunts cling to privacy, sanity, and a rapidly deteriorating thirteen-room mansion.. Haunted by a whirling augury, by a hurtful spook tale, and by a relentlessly judgmental Ozarks city, in the end, Hettienne believes she must make decisions that might compromise her family's financial security but will severe them from an ever more dangerous legacy.

Where the Red Fern Grows by Wilson Rawls
Billy has long dreamt of owning not one, but two, dogs. So when he's finally able to save up enough money for two pups to call his own--Old Dan and Little Ann--he's ecstatic. It's true that times are tough, but together they'll roam the hills of the Ozarks. Soon Billy and his hounds become the finest hunting team in the valley. Stories of their great achievements spread throughout the region, and the combination of Old Dan's brawn, Little Ann's brains, and Billy's sheer will seems unbeatable. But tragedy waits for these determined hunters--now friends--and Billy will learn that hope can grow out of despair and that the seeds of the future can come from the scars of the past.

Winter's Bone by Daniel Woodrell
Ree Dolly's father has skipped bail on charges that he ran a crystal meth lab, and the Dollys will lose their house if he doesn't show up for his next court date. With two young brothers depending on her, 16-year-old Ree knows she has to bring her father back, dead or alive. Living in the harsh poverty of the Ozarks, Ree learns quickly that asking questions of the rough Dolly clan can be a fatal mistake. But, as an unsettling revelation lurks, Ree discovers unforeseen depths in herself and in a family network that protects its own at any cost.