Beyond Borders: Immigrants and Refugees in Comics

Comic books and graphic novels provide a creative and immersive experience to share unique stories. The selected comics share the stories of people across the globe. These "narratives of migration," whether about the displaced refugee or for the immigrant seeking prosperity, are critically important,  particularly as modern society grows more hostile to refugees and immigrants. They provide an opportunity to read, learn, and empathize with others, particularly as migrants experience extreme upheaval and change in their own lives. The following stories focus on the causes and experience of migration, of their children living in new lands and communities, as well as celebrating the tenacity and vibrancy of immigrant communities. 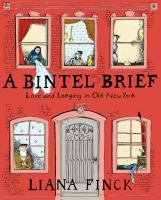 A Bintel Brief: Love and Longing in Old New York by Liana Finck
Drawn from letters submitted to the popular advice column of The Forward, a widely read Yiddish language newspaper begun in 1906 New York, this illustrative tribute to the turn-of-the-century Jewish immigrants who transformed New York City offers insight into a segment of America's rich cultural past.

A Contract With God and Other Tenement Stories: A Graphic Novel by Will Eisner
A revolutionary novel, A Contract With God re-creates the neighborhood of Will Eisner's youth through a quartet of four interwoven stories. Expressing the joy, exuberance, tragedy, and drama of life on the mythical Dropsie Avenue of the Bronx, NYC.

A Minyen Yidn (Un Andere Zakhn) = a Bunch of Jews (And Other Stuff) by Max B Perlson
A minyen yidn is a collection of stories by Max Perlson, translated from original Yiddish into English and adapted to graphic novel format by a variety of artists. The stories are about everyday people in Duboy and in Brooklyn between 1900-1935.

Algeria Is Beautiful Like America by Olivia Burton
Olivia had always heard stories about Algeria from her maternal grandmother, a Black Foot (a Pied-Noir, the French term for Christian and Jewish settlers of French Algeria who emigrated to France after the Algerian War of Independence). After her grandmother's death, Olivia found some of her grandmother's journals and letters describing her homeland. Now, ten years later, she resolves to travel to Algeria and experience the country for herself. Olivia's quest to understand her origins will bring her to face questions about heritage, history, shame, friendship, memory, nostalgia, fantasy, the nature of exile, and our unending quest to understand who we are and where we come from.

Belonging: A German Reckons With Home and History by Nora Krug
This "ingenious reckoning with the past" (The New York Times), by award-winning artist Nora Krug investigates the hidden truths of her family's wartime history in Nazi Germany.

Freedom Hospital by Hamid Sulaiman
It is spring 2012 and 40,000 people have died since the start of the Syrian Arab Spring. In the wake of this, Yasmine has set up a clandestine hospital in the north of the country. Her town is controlled by Assad's brutal regime, but is relatively stable. However, as the months pass, the situation becomes increasingly complex and violent. Told in stark, beautiful black-and-white imagery, Freedom Hospital illuminates a complicated situation with gut-wrenching detail and very dark humor.

Journalism by Joe Sacco
Over the past decade, Joe Sacco, has increasingly turned to short-form comics journalism to report from the sidelines of wars around the world. Collected here for the first time, Sacco's darkly funny, revealing reportage confirms his standing as one of the foremost war correspondents working today. 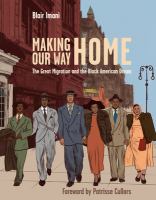 Making Our Way Home: The Great Migration and the Black American Dream by Blair Imani
A powerful illustrated history of the Great Migration and its sweeping impact on Black and American culture, from Reconstruction to the rise of hip hop. Over the course of six decades, an unprecedented wave of Black Americans left the South and spread across the nation in search of a better life--a migration that sparked stunning demographic and cultural changes in twentieth-century America. Making Our Way Home explores issues like voting rights, domestic terrorism, discrimination, and segregation alongside the flourishing of arts and culture, activism, and civil rights.

Maus: A Survivor's Tale by Art Spiegelman
The Pulitzer Prize-winning "Maus" tells the story of Vladek Spiegelman, a Jewish survivor of Hitler's Europe, and his son, a cartoonist coming to terms with his father's story. It is a haunting tale within a tale. Vladek's harrowing story of survival is woven into the author's account of his tortured relationship with his aging father. Against the backdrop of guilt brought by survival, they stage a normal life of small arguments and unhappy visits. "Maus" is a story of survival, not only of Vladek but of the children who survive even the survivors. 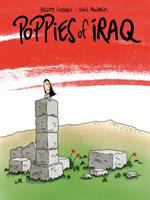 Rolling Blackouts: Dispatches From Turkey, Syria, and Iraq by Sarah Glidden
Cartoonist Sarah Glidden accompanies her two friends as they research potential stories on the effects of the Iraq War on the Middle East and, specifically, the war's refugees. Joining the trio is a childhood friend and former Marine whose past service in Iraq adds an unexpected and sometimes unwelcome viewpoint, both to the people they come across and perhaps even themselves. As the crew works their way through Turkey, Iraq, and Syria, Glidden observes the reporters as they ask civilians, refugees, and officials, Who are you?

Sea Prayer by Khaled Hosseini
Sea Prayer is composed in the form of a letter, from a father to his son, on the eve of their journey. Watching over his sleeping son, the father reflects on the dangerous sea-crossing that lies before them. It is also a vivid portrait of their life in Homs, Syria, before the war, and of that city's swift transformation from a home into a deadly war zone.

Shanghai Dream by Philippe Thirault
A young German Jewish filmmaker escapes the Nazi threat in Shanghai, where he is forced to adapt to a new land and cope with familial loss through the magic of filmmaking. This graphic novel is a distinctive and humanistic take on World War Two from the largely undocumented Chinese perspective. 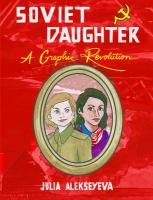 Soviet Daughter: A Graphic Revolution by Julia Alekseyeva
The story in comics of Lola, the author's great-grandmother, who lived an adventurous life as a feminist, secret service agent, military nurse, and Jewish refugee in the soviet Ukraine. The story is interweaved with the author's political and romantic coming-of-age a century later in present-day Chicago.

The Best We Could Do: An Illustrated Memoir by Thi Bui
An intimate and poignant graphic novel portraying one family's journey from war-torn Vietnam.

The Boxer: The True Story of Holocaust Survivor Harry Haft by Reinhard Kleist
In The Boxer, Reinhard Kleist reveals another side to the steely Harry Haft: a man struggling to escape the memories of the fiancée he left behind in Poland. This is a powerful and moving graphic novel about love and the will to survive.

The Complete Persepolis by Marjane Satrapi
"Persepolis" is the story of Marjane Satrapi's unforgettable childhood and coming of age within a large, loving family in Tehran during the Islamic Revolution; of the contradictions between private life and public life in a country plagued by political upheaval; of her high school years in Vienna, facing the trials of adolescence far from her family; of her homecoming--both sweet and terrible; and, finally, of her self-imposed exile from her beloved homeland. 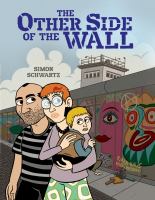 The Other Side of the Wall by Simon Schwartz
Simon Schwartz was born in 1982 in the GDR (East Germany). One and a half years later, he left the country with his parents, and the family resettled in West Berlin. As political dissidents, his parents experienced harassment by the Stasi and a lack of understanding from members of their own family. This striking graphic novel memoir chronicles the family's difficult journey to get to the other side of the Berlin Wall.

The Property by Rutu Modan
Winner of 2014 Will Eisner Awards, Best Graphic Album--New. TV producer Mica Segal accompanies her grandmother, Regina, on the old lady's first return to Warsaw since she fled, pregnant by a gentile with Mica's late father, to Palestine in 1939. On the plane, the son of a friend of Regina's ebulliently accosts the women and thereafter seems to show up wherever they go, even separately.

Welcome to the New World by Jake Halpern
After escaping a Syrian prison, Ibrahim Aldabaan and his family fled the country to seek protection in America. Among the few refugees to receive visas, they finally landed in JFK airport on November 8, 2016: election day. The family had reached a safe harbor, but woke up to the world of Donald Trump and a Muslim ban that would sever them from the grandmother, brothers, sisters, and cousins stranded in exile in Jordan. 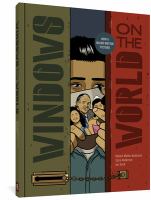 Windows on the World by Robert Mailer Anderson
An undocumented immigrant father has been bussing tables at the famous Windows on the World restaurant to support his family in Mexico. Then, tragedy strikes. His family hears no word for weeks. Refusing to give up hope, they send young Fernando on a quixotic mission across the border to find his father and bring him home. Along the way, Fernando experiences a warm embrace from fellow immigrants and a cold shoulder from The City That Never Sleeps.