Jazz for the Uninitiated

Jazz music is one of America's great and totally original art forms. Marked by emotional expression and improvisation, jazz is an inventive, highly influential, and still evolving genre of music -- but some might see it as stagnant and passé -- its impact on music and culture forgotten.

If this maybe describes you, consider giving the following books a look. From jazz history (to include Kansas City's unique jazz scene) to listening guides and more, these books will serve as a great introduction to the genre. And don't forget to comb through the Library's collection of jazz CDs as well. Reading can only take you so far; to truly fall in love with jazz, you got to give it a listen.

How to Listen to Jazz by Ted Gioia
Award-winning music scholar Ted Gioia presents a lively, accessible introduction to the art of listening to jazz. Covering everything from the music's structure and history to the basic building blocks of improvisation, Gioia shows exactly what to listen for in a jazz performance.

The Jazz Standards: A Guide to the Repertoire by Ted Gioia
Written by award-winning jazz historian Ted Gioia, this comprehensive guide offers an illuminating look at more than 250 seminal jazz compositions. In this comprehensive and unique survey, here are the songs that sit at the heart of the jazz repertoire, ranging from "Ain't Misbehavin'" and "Autumn in New York" to "God Bless the Child," "How High the Moon," and "I Can't Give You Anything But Love." Gioia includes Broadway show tunes written by such greats as George Gershwin and Irving Berlin, and classics by such famed jazz musicians as Miles Davis, Thelonious Monk, Duke Ellington, and John Coltrane.

Spirits Rejoice!: Jazz and American Religion by Jason Bivins
In "Spirits Rejoice!," Jason Bivins explores the relationship between American religion and American music, and the places where religion and jazz have overlapped. Rather than providing a history, or series of biographical entries, the book takes to heart a central characteristic of jazz itself and improvises, generating a collection of themes, pursuits, reoccurring foci, and interpretations. Bivins riffs on interviews, liner notes, journals, audience reception, and critical commentary, producing a work that argues for the centrality of religious experiences to any legitimate understanding of jazz, while also suggesting that jazz opens up new interpretations of American religious history. 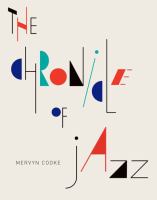 The Chronicle of Jazz by Mervyn Cooke
A year-by-year history of people and events, this lively multi-layered account tells the whole story of jazz music and its personalities. "The Chronicle of Jazz" charts the evolution of jazz from its roots in Africa and the southern United States to the myriad urban styles heard around the world today, Mervyn Cooke gives us a narrative rich with innovation, experimentation, controversy, and emotion. 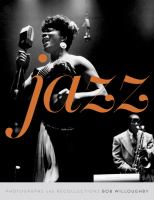 Jazz: Body and Soul by Bob Willoughby
The West Coast, 1950s. A time of youth, exuberance, hope and change. Nowhere was this more evident than in the music emanating from the San Francisco and Los Angeles jazz scene. Freezing in his garage darkroom, Bob Willoughby worked late into the night developing and printing his photographs with his radio firmly dialed into these new sounds. Live music was everywhere and it seemed only natural that he go out and document what was going on. In "Jazz" you'll find incredible images of the most famous artists of the time, Miles Davis, Louis Armstrong, Chet Baker, Gerry Mulligan, Billie Holiday and images never before published of performances and backstage jitters.

Bop Apocalypse: Jazz, Race, the Beats, and Drugs by Martin Torgoff
With an intricate storyline that unites engaging characters and themes and reads like a novel, Bop Apocalypse details the rise of early drug culture in America by weaving together the disparate elements that formed this new and revolutionary segment of the American social fabric.

Kansas City Jazz: From Ragtime to Bebop : A History by Frank Driggs
There were four major galaxies in the early jazz universe, and three of them -- New Orleans, Chicago, and New York -- have been well documented in print. But there has never been a serious history of the fourth, Kansas City, until now. In this colorful history, Frank Driggs and Chuck Haddix capture the golden age of Kansas City jazz, and bring us a colorful portrait of old Kaycee itself, back then a neon riot of bars, bambling dens, and taxi dance halls, all ruled over by Boss Tom Pendergast, who had transformed a dustycowtown into the Paris of the Plains. The authors show how this wide-open, gin-soaked town gave birth to a music that was more basic and more viscerally exciting than other styles of jazz, its singers belting out a rough-and-tumble urban style of blues, its piano players pounding out a style laterknown as "boogie-woogie." This book is the definitive account of the raw, hard-driving style that put Kansas City on the musical map.

Playing Changes: Jazz for the New Century by Nate Chinen
A leading jazz critic charts the origins of jazz history and the influence of commercialized jazz education on the true spirit of the genre and discusses the synergy between jazz and postmillennial hip-hop and R&B music.

Goin' to Kansas City by Nathan W. Pearson
Count Basie, Buck Clayton, Eddie Durham, Jesse Stone, Mary Lou Williams and other musicians, whose reminiscences are gathered here by ethnomusicologist Pearson, explain why Kansas City was such an important center of jazz in the 1920s and 1930s.

Kansas City Lightning: The Rise and Times of Charlie Parker by Stanley Crouch
Drawing on interviews with peers, collaborators, and family members, Kansas City Lightning recreates Parker's Depression-era childhood; his early days navigating the Kansas City nightlife, inspired by lions like Lester Young and Count Basie; and on to New York, where he began to transcend the music he had mastered. Crouch reveals an ambitious young man torn between music and drugs, between his domineering mother and his impressionable young wife, whose teenage romance with Charlie lies at the bittersweet heart of this story. 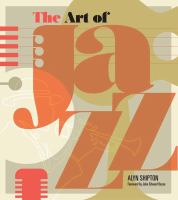 The Art of Jazz : A Visual History by Alyn Shipton
An illustrated exploration of how the expressionism and spontaneity of jazz spilled onto its album art, posters, and promotional photography, and even inspired standalone works of fine art.