Read about what happened behind the scenes of your favorite TV shows. These shows had us asking what it really meant to be “on a break”, drove fashion and food trends, and made us laugh and cry. 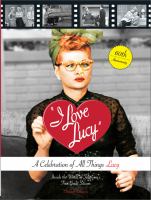 "I Love Lucy" : A Celebration of All Things Lucy : Inside the World of Television's First Great Sitcom by Elisabeth Edwards
This book brings to life the world of the show and its impact more fully than ever before. Rare backstage photos and images from the stars' personal collections illustrate new stories about the making of "I Love Lucy". Highlights include Lucille Ball's personal commentary on her favorite episodes, taken from previously unpublished interviews. Chapters filled with trivia, character bios, fashions, music, recipes featured on the show, and much more make this an informative and fabulously entertaining tribute to the classic show.

Backstage at the Tonight Show : From Johnny Carson to Jay Leno by Don Sweeney
This book is a collection of celebrity vignettes and anecdotes from the peak years of the Tonight Show, and includes behind-the-scenes looks at more than two dozen celebrities, including Joan Rivers, Bill Cosby, Frank Sinatra, Ray Charles, Tony Randall, Don Rickles, Stevie Wonder, Martin Short, Liza Minnelli, Ed McMahon, and Johnny Carson himself. With an eye for the eccentric, amusing, or downright bizarre, Sweeney's brief portraits offer a glimpse at celebrity from the other side of the curtain. 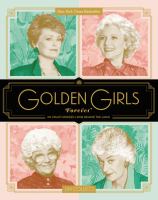 Golden Girls Forever by Jim Colucci
The complete, first-ever Golden Girls retrospective, packed with hundreds of exclusive interviews, behind-the-scenes and never-before-revealed stories, more than two hundred color and black-and-white photos, commentary, and more. They were four women of a certain age, living together under one roof in Miami--smart and strong Dorothy, airhead Rose, man-hungry belle Blanche, and smart-mouthed matriarch Sophia. They were the Golden Girls, and for seven seasons, this hilarious quartet enchanted millions of viewers with their witty banter, verve, sass, and love, and reaffirmed the power of friendship and family. Now, Golden Girls Forever pays homage to this wildly popular, acclaimed, and award-winning sitcom.

I'll Be There for You : The One About Friends by Kelsey Miller
A definitive retrospective of "Friends" incorporates interviews, history, and behind-the-scenes anecdotes to offer a critical analysis of how a sitcom about six twenty somethings changed television forever. I'll Be There for You is a deep dive into "Friends" history and lore, exploring all aspects of the show, from its unlikely origins to the societal conditions that amplified its success. Journalist and pop culture expert Kelsey Miller relives the show's most powerful moments, sheds light on its sometimes dated and problematic elements, and examines the worldwide trends that "Friends" catalyzed, from contemporary coffee culture to the wildly popular '90s haircut The Rachel.

Mary and Lou and Rhoda and Ted : And All the Brilliant Minds Who Made the Mary Tyler Moore Show a Classic by Jennifer Keishin Armstrong
The behind-the-scenes story of the making of the classic television series offers insight into how the influential show reflected changing American perspectives and was a first situation comedy to employ numerous women as writers and producers. Jennifer Keishin Armstrong's "Mary and Lou and Rhoda and Ted" tells the stories behind the making of this popular classic, introducing the groundbreaking female writers who lent real-life stories to their TV scripts; the men who created the indelible characters; the lone woman network executive who cast the legendary ensemble--and advocated for this provocative show--and the colorful cast of actors who made it all work. "Mary and Lou and Rhoda and Ted" is the tale of how they did it.

Seinfeldia : How a Show About Nothing Changed Everything by Jennifer Keishin Armstrong
An uproarious behind-the-scenes account of the creation of the hit television series describes how comedians Larry David and Jerry Seinfeld dreamed up the idea for an unconventional sitcom over coffee and how, despite network skepticism and minimal plotlines, achieved mainstream success. In Seinfeldia, acclaimed TV historian and entertainment writer Jennifer Keishin Armstrong celebrates the creators and fans of this American television phenomenon, bringing readers behind-the-scenes of the show while it was on the air and into the world of devotees for whom it never stopped being relevant, a world where the Soup Nazi still spends his days saying "No soup for you!", Joe Davola gets questioned every day about his sanity, Kenny Kramer makes his living giving tours of New York sights from the show, and fans dress up in Jerry's famous puffy shirt, dance like Elaine, and imagine plotlines for "Seinfeld" if it were still on TV.

Sex and the City and Us : How Four Single Women Changed the Way We Think, Live, and Love by Jennifer Keishin Armstrong
This is the story of how a columnist, two gay men, and a writers' room full of women used their own poignant, hilarious, and humiliating stories to launch a cultural phenomenon. They endured shock, slut-shaming, and a slew of nasty reviews on their way to eventual--if often begrudging--respect. The show wasn't perfect, but it revolutionized television for women. Carrie, Miranda, Charlotte and Samantha launched a barrage of trends, forever branded the actresses that took on the roles, redefined women's relationship to sex and elevated the perception of singlehood.

Sitcom : A History in 24 Episodes From I Love Lucy to Community by Saul Austerlitz
The form is so elemental, so basic, that we have difficulty imagining a time before it existed: a single set, fixed cameras, canned laughter, zany sidekicks, quirky family antics. Obsessively watched and critically ignored, sitcoms were a distraction, a gentle lullaby of a kinder, gentler America--until suddenly the artificial boundary between the world and television entertainment collapsed. In this book we can watch the growth of the sitcom, following the path that leads from Lucy to "The Phil Silvers Show"; from "The Dick Van Dyke Show" to "The Mary Tyler Moore Show"; from "M*A*S*H" to "Taxi"; from "Cheers" to "Roseanne"; from "Seinfeld" to "Curb Your Enthusiasm"; and from "The Larry Sanders Show" to "30 Rock". In twenty-four episodes, Sitcom surveys the history of the form, and functions as both a TV mixtape of fondly remembered shows that will guide us to notable series and larger trends, and a carefully curated guided tour through the history of one of our most treasured art forms.

Street Gang : The Complete History of Sesame Street by Michael Davis
When the first episode aired on November 10, 1969, "Sesame Street" revolutionized the way education was presented to children on television. Street Gang traces the evolution of the show from its inspiration in the civil rights movement through its many ups and downs-from Nixon's trying to cut off its funding to the rise of Elmo-via the remarkable personalities who have contributed to it. Davis reveals how "Sesame Street" has taught millions of children not only their letters and numbers, but also cooperation and fair play, tolerance and self-respect, conflict resolution, and the importance of listening. This is the unforgettable story of five decades of social and cultural change and the miraculous creative efforts, passion, and commitment of the writers, producers, directors, animators, and puppeteers who created one of the most influential programs in the history of television.

TV (The Book) : Two Experts Pick the Greatest American Shows of All Time by Alan Sepinwall
For twenty years-since they shared a TV column at Tony Soprano's hometown newspaper-critics Alan Sepinwall and Matt Zoller Seitz have been debating these questions and many more, but it all ultimately boils down to this: What's the greatest TV show ever? That debate reaches an epic conclusion in TV (The Book). Sepinwall and Seitz have identified and ranked the 100 greatest scripted shows in American TV history. Using a complex, obsessively all-encompassing scoring system, they've created a Pantheon of top TV shows, each accompanied by essays delving into what made these shows great.