Religions Around the World

The winter holiday season in America is one of the greatest times of celebration for multiple faiths and cultures in our country. It is also an excellent time to not only celebrate and consider our own spiritual practices but learn about the spiritual beliefs of others in our communities.

The following titles provide a broad overview to some of the world's major (and some smaller) religious traditions. These titles do not cover every religion but act as an introduction to world religions, both through a look at specific traditions as well as comparative study. If this is a subject that interests you, consider browsing a larger selection of titles available in the Religions category in our catalog. 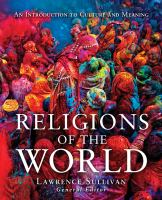 Religions of The World: An Introduction to Culture and Meaning by Lawrence Sullivan
Traditional organization and content informs this new text which is distinguished by its anthropological and sociological analysis. Sacred space, ritual performance, and sacred texts figure significantly in each religious tradition's portrait, along with historical overviews and phenomenological insights and a focus on diverse groups or sects within each tradition. 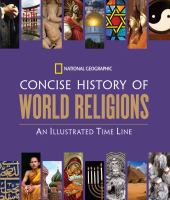 National Geographic Concise History of World Religions: An Illustrated Time Line by National Geographic
Religion lies at the heart of the human experience. The great faiths-- Christianity, Islam, Hinduism, Buddhism, and Judaism-- together may account for up to six billion of the world's nearly seven billion people. For all the differences between their beliefs-- or between them and followers of Japanese Shinto or animistic faiths in Africa-- these adherents seek the same fulfillment from their religious experience: a feeling of connection with the universe, an understanding of their purpose, a moral code, a sense of fellowship, and a sense of the supernatural.

Passwords to Paradise : How Languages Have Re-Invented World Religions by Nicholas Ostler
The fascinating chronicle of how language has influenced the world's great religions--Christianity, Judaism, Islam, and more.

Her Voice, Her Faith: Women Speak on World Religions by Katherine K. Young Arvind Sharma
They say religion is a personal and private affair. But when a woman believes in a tradition, she has a relationship to that faith beyond her sacred space. Religious traditions' historically poor treatment of women has lead many to question why they believe. How has their tradition either embraced and enlightened, or excluded and confined women throughout history? "Her Voice, Her Faith" presents the personal and historical perspectives of women who not only live their faith day to day, but who also know their religion's history with women in general.

Religion as We Know It: An Origin Story by Jack Miles
In this short, provocative book on religion, acclaimed scholar Jack Miles poses a question: How did our forebears begin to think about religion as a distinct domain, separate from other activities that were once inseparable from it? Starting at the birth of Christianity-a religion inextricably bound to Western thought-Miles reveals how we in the West have come to isolate religion as an object of study, and how drastically our perception has changed over time and across societies. Through the break between the Christian and Jewish communities, the fall of the Roman Empire, the rise of Islam, and the growth of Western empires, Miles reveals how Western religious thought has always been based on comparison of the known with the emergent unknown. "Religion as We Know It" challenges readers to unmoor themselves from traditional thinking and observe how the events of the still-unfolding past continue to shape how we think of religion today. 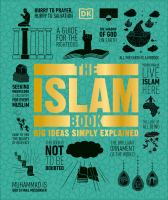 The Islam Book by Rageh Omaar (foreward) DK Publishing
This essential guide to Islam covers every aspect of the Muslim faith and its history - from the life of the Prophet Muhammad and the teachings of the Koran to Islam in the 21st century. Packed with more than 80 inspiring quotations, and bold, intriguing illustrations, "The Islam Book" is an invaluable source of information both for members of one of the world's major religions and any interested reader who wants a clear unbiased guide to the meaning of this faith. 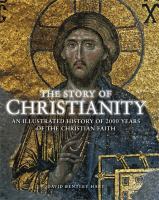 The Dalai Lama's Little Book of Buddhism [Sound Recording] by Dalai Lama XIV Bstan-?dzin-rgya-mtsho
This audiobook contains the core teaching on Buddhism by the Dalai Lama. It includes thought-provoking quotations about the importance of love and compassion, and the need for individual responsibility, fuses ancient wisdom with an awareness of the problems of everyday life. Read by Tom Parks.

Religions of the East: Paths to Enlightenment [Sound Recording] by Stephen R Prothero
The aim of this course is to cultivate basic literacy in the principal religions of Asia: Hinduism, Buddhism, Confucianism, and Taoism. Focuses include why religion matters, what the term religion means, and how Asian religions complicate that term.

Heirs to Forgotten Kingdoms: Journeys Into the Disappearing Religions of the Middle East by Gerard Russell
Despite its reputation for religious intolerance, the Middle East has long sheltered many distinctive and strange faiths: one regards the Greek prophets as incarnations of God, another reveres Lucifer in the form of a peacock, and yet another believes that their followers are reincarnated beings who have existed in various forms for thousands of years. These religions represent the last vestiges of the magnificent civilizations in ancient history: Persia, Babylon, Egypt in the time of the Pharaohs. Their followers have learned how to survive foreign attacks and the perils of assimilation. But today, with the Middle East in turmoil, they face greater challenges than ever before.

God's Red Son: The Ghost Dance Religion and the Making of Modern America by Louis S Warren
In 1890, on Indian reservations across the West, followers of a new religion danced in circles until they collapsed into trances. In an attempt to suppress this new faith, the US Army killed over two hundred Lakota Sioux at Wounded Knee Creek. In "God's Red Son," historian Louis Warren offers a startling new view of the religion known as the Ghost Dance, from its origins in the visions of a Northern Paiute named Wovoka to the tragedy in South Dakota.

New World A-Coming : Black Religion and Racial Identity During the Great Migration by Judith Weisenfeld
Focusing on the Moorish Science Temple, the Nation of Islam, Father Divine's Peace Mission Movement, and a number of congregations of Ethiopian Hebrews, Judith Weisenfeld argues that the appeal of these groups lay not only in the new religious opportunities membership provided, but also in the novel ways they formulated a religio-racial identity. Arguing that members of these groups understood their religious and racial identities as divinely-ordained and inseparable, the book examines how this sense of self shaped their conceptions of their bodies, families, religious and social communities, space and place, and political sensibilities.

The World Religions Cookbook by Arno Schmidt
Food is central to daily religious practice and holiday celebrations the world over. For instance, Orthodox Jews keep kosher, Muslims feast after fasting during the holy month of Ramadan, and Hindus leave food offerings in the temple for the dieties. For many, food is seen as nourishment for the body and soul. This cookbook illuminates the food practices of followers of the world's major religions: Judaism, Christianity, Islam, Hinduism, Sikhism, Buddhism, and Shintoism. The narrative and nearly 300 recipes give a flavor of what is often eaten for sacred occasions and why. This volume will be useful for a range of cooks and purposes.