The 19th Amendment gave women in the United States the right to vote on August 18, 1920.  You can learn more about early suffragettes, their struggle to vote, and how you can help women continue to fight for their rights today by checking out our selection of women's equality books.

Comprised of historical texts spanning two centuries with commentary on each period by the editor, this book covers the major issues and figures involved in the women's suffrage movement with a special focus on diversity, incorporating race, class, and gender. The writings of such figures as Elizabeth Cady Stanton and Susan B. Anthony are featured alongside accounts of Native American women and African American suffragists such as Sarah Mapps Douglas and Harriet Purvis.

The Woman's Hour by Elaine Weiss

Following a handful of remarkable women who led their respective forces into battle, along with appearances by Woodrow Wilson, Warren Harding, Frederick Douglass, and Eleanor Roosevelt, The Woman's Hour is an inspiring story of activists winning their own freedom in one of the last campaigns forged in the shadow of the Civil War, and the beginning of the great twentieth-century battles for civil rights.

In her searing collection of essays, Mikki Kendall takes aim at the legitimacy of the modern feminist movement, arguing that it has chronically failed to address the needs of all but a few women. Drawing on her own experiences with hunger, violence, and hypersexualization, along with incisive commentary on politics, pop culture, the stigma of mental health, and more, Hood Feminism delivers an irrefutable indictment of a movement in flux. An unforgettable debut, Kendall has written a ferocious clarion call to all would-be feminists to live out the true mandate of the movement in thought and in deed.

Angela Davis provides a powerful history of the social and political influence of whiteness and elitism in feminism, from abolitionist days to the present, and demonstrates how the racist and classist biases of its leaders inevitably hampered any collective ambitions. While Black women were aided by some activists like Sarah and Angelina Grimke and the suffrage cause found unwavering support in Frederick Douglass, many women played on the fears of white supremacists for political gain rather than take an intersectional approach to liberation. Here, Davis not only contextualizes the legacy and pitfalls of civil and women’s rights activists, but also discusses Communist women, the murder of Emmitt Till, and Margaret Sanger’s racism.

Why the Marched: Untold Stories of the Women Who Fought for the Right to Vote by Susan Ware

For too long the history of how American women won the right to vote has been told as the visionary adventures of a few iconic leaders, all white and native-born, who spearheaded a national movement. In this essential reconsideration, Susan Ware uncovers a much broader and more diverse history waiting to be told. Why They Marched is the inspiring story of the dedicated women--and occasionally men--who carried the banner in communities across the nation, out of the spotlight, protesting, petitioning, and demonstrating for the right to become full citizens.

Mr. President, How Long Must We Wait? Alice Paul, Woodrow Wilson, and the Fight for the Right to Vote by Tina Cassidy

From solitary confinement, hunger strikes, and the psychiatric ward to ever more determined activism, Mr. President, How Long Must We Wait? reveals the courageous, near-death journey it took, spearheaded in no small part by Alice Paul’s leadership, to grant women the right to vote in America. “A remarkable tale” (Kirkus Reviews) and a rousing portrait of a little-known feminist heroine, this is an eye-opening exploration of a crucial moment in American history one century before the Women’s March.

The Agitators: three friends who fought for abolition and women's rights by Dorothy Wickenden

The Agitators chronicles the revolutionary activities of Harriet Tubman, Frances Seward, and Martha Wright--friends and neighbors in Auburn, New York and discusses their vital roles in the Underground Railroad, abolition, and the early women's rights movement. 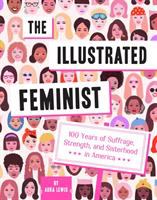 The illustrated feminist: 100 years of suffrage, strength, and sisterhood in America by Aura Lewis

A beautifully illustrated history celebrating the achievements of American women from 1920 to present day. Each chapter illustrates 10 landmark moments in each decade from 1920 to 2020. Featuring iconic events and the trailblazing women who made them happen, from Amelia Earhart to Shirley Chisholm, The Illustrated Feminist will inspire both dedicated feminists and burgeoning activists to continue the fight for women's rights. 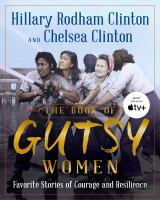 The Clintons share stories of the gutsy women who have inspired them-- women with the courage to stand up to the status quo, ask hard questions, and get the job done. So how did they do it? The answers are as unique as the women themselves. Meet civil rights activist Dorothy Height, LGBTQ trailblazer Edie Windsor, and swimmer Diana Nyad. Discover writers like Rachel Carson and Chimamanda Ngozi Adichie. They, and nearly every single one of the over 120 women in this book were fiercely optimistic-- they had faith that their actions could make a difference. And they were right.

Women's stories are noticeably absent from the master narrative of Populist and Progressive movements, where their struggle for civil rights was more evident in the Midwest than any other region in the country. This collection of eleven biographical essays highlights women leaders in the Midwest who challenged gender, racial, class, and ethnic boundaries in the nineteenth and twentieth centuries. Not only were these midwestern women powerful orators and active leaders, they were influential in shaping the culture in their communities.

The unfinished revolution : voices from the global fight for women's rights edited by Minky Worden

More than 30 writers—Nobel Prize laureates, leading activists, top policymakers, and former victims—have contributed to this anthology. Drawing from their rich personal experiences, they tackle some of the toughest questions and offer bold new approaches to problems affecting hundreds of millions of women. This volume is indispensable reading, providing thoughtful analysis from a never-before assembled group of advocates. It shows that the fight for women’s equality is far from over. As Leymah Gbowee, 2011 Nobel Peace Prize Laureate says, “Women are not free anywhere in this world until all women in the world are free.”

The moment of lift : how empowering women changes the world by Melinda Gates

In this moving and compelling book, Melinda shares lessons she’s learned from the inspiring people she’s met during her work and travels around the world. As she writes in the introduction, “That is why I had to write this book?to share the stories of people who have given focus and urgency to my life. I want all of us to see ways we can lift women up where we live.” Melinda’s unforgettable narrative is backed by startling data as she presents the issues that most need our attention?from child marriage to lack of access to contraceptives to gender inequity in the workplace.

Half the sky : turning oppression into opportunity for women worldwide by Nicholas D. Kristof and Sheryl WuDunn

Two Pulitzer Prize winners issue a call to arms against our era's most pervasive human rights violation: the oppression of women in the developing world. They show that a little help can transform the lives of women and girls abroad and that the key to economic progress lies in unleashing women's potential.