Memoirs for Transgender Day of Visibility

Transgender Day of Visibility takes place each year on March 31st to celebrate transgender and nonbinary people, and raise awareness of discrimination faced by trans people worldwide. The memoirs listed here are penned by all kinds of people from different walks of life, but their gender nonconformity is one thing they all have in common. It's a great time of year to make space in your reading life for one of these memoirs by a transgender or nonbinary author!

As a Woman: What I Learned About Power, Sex, and the Patriarchy After I Transitioned by Paula Stone Williams
A moving and unforgettable memoir of a transgender pastor's journey from despair to joy as she transitioned from male to female and learned about gender inequity, at home and in the workplace.

Becoming Eve: My Journey From Ultra-Orthodox Rabbi to Transgender Woman by Abby Stein
A former member of Brooklyn's founding Hasidic Jewish family traces the remarkable story of how she transitioned from a non-English speaking rabbinic leader to a woman and outspoken advocate for gender freedom.

Darling Days by iO Tillett Wright
The author describes her search for an authentic sense of self and gender identity in a coming of age biography set in the 1980s and 1990s urban bohemia of New York's Lower East Side, where punk rock, poverty and heroin met art and glamour.

Dear Senthuran : A Black Spirit Memoir by Akwaeke Emezi
Through candid, intimate correspondence with friends, lovers, and family, Emezi traces the unfolding of a self and the unforgettable journey of a creative spirit stepping into power in the human world. Their story weaves through transformative decisions about their gender and body, their precipitous path to success as a writer, and the turmoil of relationships on an emotional, romantic, and spiritual plane, culminating in a book that is as tender as it is brutal.

Fairest: A Memoir by Meredith Talusan
A heartrending immigrant memoir and a uniquely intersectional coming-of-age story of a life lived in duality and the in-between, and how one navigates through race, gender, and the search for love.

How We Do Family: From Adoption to Trans Pregnancy, What We Learned About Love and LGBTQ Parenthood by Trystan Reese
One LGBTQ family's inspiring, heartfelt story of the many alternative paths that lead to a loving family, with lessons for every parent.

Nonbinary: A Memoir by Genesis P-Orridge
Perfect for fans of industrial music, performance art, gender bending, the occult and punk rock, this revealing memoir takes readers on a journey through creativity and destruction, pleasure and pain as it follows the life of a pioneering industrial music and visual artist.

Once a Girl, Always a Boy: A Family Memoir of a Transgender Journey by Jo Ivester
Once a Girl, Always a Boy is Jeremy's journey from childhood through coming out as transgender and eventually emerging as an advocate for the transgender community. This is not only Jeremy's story but also that of his family, told from multiple perspectives -- those of the siblings who struggled to understand the brother they once saw as a sister, and of the parents who ultimately joined him in the battle against discrimination.

Sissy: A Coming-of-Gender Story by Jacob Tobia
A gender-diverse cultural influencer on both the Forbes "30 Under 30" and "OUT 100" lists examines how their religious, political and educational experiences revealed the need for greater cultural inclusion and anti-discrimination legislation that acknowledges the gender spectrum. 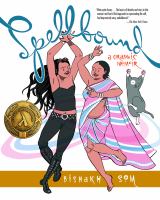 Spellbound: A Graphic Memoir by Bishakh Som
This graphic novel memoir by a transgender woman explores the concept of identity by inviting us to move through her life as she would have us see her, that is, as she sees herself. A candid autobiographical narrative gives us the opportunity to enter the author's daily life and explore her thoughts on themes of gender and sexuality, memory and urbanism, love and loss.

Surpassing Certainty: What My Twenties Taught Me by Janet Mock
The transgender activist and author of Redefining Realness presents a memoir of her search for purpose, love and self-realization in an early adulthood marked by her education at the University of Hawaii, a defining relationship and her entry into journalism.

The Hidden Case of Ewan Forbes: And the Unwritten History of the Trans Experience by Zoe-Jane Playdon
This life story of an aristocratic trans man whose secret 1968 legal case, which forced him to defend his male status, had a profound impact on trans rights for decades is a singular contribution to trans history and the ongoing struggle for trans rights.

The Natural Mother of the Child: A Memoir of Nonbinary Parenthood by Krys Malcolm Belc
As a nonbinary, transmasculine parent, giving birth to his son Samson clarified Malcolm Belc's gender identity. Yet when his partner, Anna, adopted Samson, the legal documents listed Malcolm Belc as the natural mother of the child. In this visual memoir in essays, Malcolm Belc documents and addresses his deep ambivalence about the before and after so prevalent in trans stories, and explores how much we can ever really know when we enter into parenting.