The first images taken by the James Webb Space Telescope were transmitted one million miles back to Earth and were released to the public earlier this month. The amazing photographs showed the beauties of outer space on a level hitherto unseen. The new telescope is 100 times more powerful than its predecessor, the Hubble Space Telescope, and is able to see farther into space and time than has ever been done before. To help put this into perspective, the James Webb Space Telescope would be able to see the details on something as small as a U.S. penny at a distance of 24 miles! If you’re as excited about these new discoveries in space as we are, check out these books that explore the mysteries of outer space.

Aliens: The World's Leading Scientists on the Search for Extraterrestrial Life by Jim Al-Khalili (editor)
Scientists from around the world weigh in on the latest advances in the search for intelligent life in the universe and discuss just what that might look like. Included are essays from a broad spectrum of the scientific community: cosmologists, astrophysicists, NASA planetary scientists, and geneticists, discussing the latest research and theories relating to alien life. 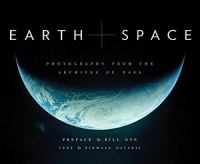 Earth + space : photographs from the archives of NASA by Nirmala. Nataraj
Take a tour of the universe with this breathtaking collection of photographs from the archives of NASA. Astonishing images of Earth from above, the phenomena of our solar system, and the celestial bodies of deep space will captivate readers and photography lovers with an interest in science, astronomy, and the great beyond. Each extraordinary photograph from the legendary space agency is paired with explanatory text that contextualizes its place in the cosmic ballet of planets, stars, dust, and matter. This engaging volume offers up-close views of our remarkable cosmos, and sparks wonder at the marvels of Earth and space.

Frequently Asked Questions About the Universe by Jorge Cham
As a species, we may not agree on much, but one thing brings us all together: a need to know. Why can't I travel back in time? Where did the universe come from? What's inside a black hole? Can I rearrange the particles in my cat and turn it into a dog? Physics professor Daniel Whiteson and scientist-turned-cartoonist Jorge Cham offer short, accessible, and lighthearted answers to some of the most common, most outrageous and most profound questions about the universe they've received. This witty, entertaining, and fully illustrated book is an essential troubleshooting guide for the perplexing aspects of reality, big and small, from the invisible particles that make up your body to the identical version of you currently reading this exact sentence in the corner of some other galaxy. If the universe came with an FAQ, this would be it. 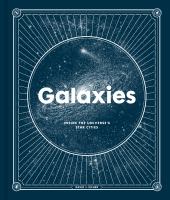 Galaxies : Inside the Universe's Star Cities by David J. Eicher
Tour the most dazzling, fascinating, and unusual galaxies in the universe with the Editor-in-Chief of Astronomy as your personal guide, featuring jaw-dropping illustrations and full-color photography from the magazine's archives, much of it never before published 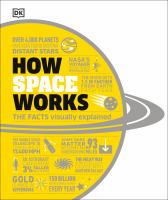 How Space Works by Abigail Beall and other contributors
How the Universe works - and how we explore it - explained in simple words and clever graphics. The clearest, most visual guide to space and the Universe for complete beginners to astronomy. Have you ever asked yourself how big the Universe is, how far it is to the nearest star, or what came before the Big Bang? Then this is the book for you. Illustrated with bold graphics and step-by-step artworks,this is the perfect introduction to astronomy and space exploration.

Light of the Stars : Alien Worlds and the Fate of the Earth by Adam Frank
Light of the Stars tells the story of humanity's coming of age as we awaken to the possibilities of life on other worlds and their sudden relevance to our fate on Earth. Astrophysicist Adam Frank shows how we as a civilization can only hope to survive climate change if we recognize what science has recently discovered: that we are just one of ten billion trillion planets in the Universe, and it's highly likely that many of those planets hosted technologically advanced alien civilizations. What's more, each of those civilizations must have faced the same challenge of civilization-driven climate change. Frank recounts the perilous journey NASA undertook across millions of miles of deep space to get its probes to Venus and Mars, yielding our first view of the cosmic laws of planets and climate that changed our understanding of our place in the universe.

Space Chronicles: Facing the Ultimate Frontier by Neil deGrasse Tyson
America's space program is at a turning point. After decades of global primacy, NASA has ended the space-shuttle program, cutting off its access to space. With his signature wit and thought-provoking insights, Neil deGrasse Tyson illuminates the past, present, and future of space exploration and brilliantly reminds us why NASA matters now as much as ever. As Tyson reveals, exploring the space frontier can profoundly enrich many aspects of our daily lives, from education systems and the economy to national security and morale. For America to maintain its status as a global leader and a technological innovator, he explains, we must regain our enthusiasm and curiosity about what lies beyond our world. 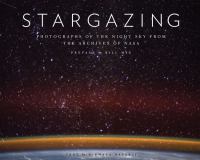 Stargazing : Photographs of the Night Sky From the Archives of NASA by
This collection of photographs illuminates the darkness of space in a whole new way. Images from the archives of NASA reveal the night sky's most extraordinary phenomena, from the radiant aurora borealis to awe-inspiring lunar eclipses. Science geeks, photography fans, and stargazers will pore over this earth's eye view of the cosmos. Each breathtaking photo is paired with an informative caption about the scientific phenomena it reveals and the technology used to capture it. Featuring a preface by Bill Nye, this sumptuous volume will rekindle the wonder of looking up at the stars. 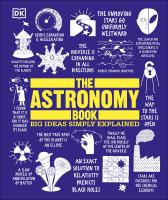 The Astronomy Book by consultant editor Jacqueline Mitton
An essential guide to milestone developments in astronomy, telling the story of our ideas about space, time, and the physics of the cosmos--from ancient times to the present day.

The Future of Humanity : Terraforming Mars, Interstellar Travel, Immortality, and Our Destiny Beyond Earth by Michio Kaku
The co-founder of string field theory and best-selling author of The Future of the Mind traverses the frontiers of astrophysics, artificial intelligence and technology to outline a remarkable vision of humanity's future in space, from colonizing Mars to traveling to distant galaxies.