“It’s Corn!”: Books to Ensure You Never Get the TikTok Trend Out of Your Head

Do you have the TikTok sensation song, “It’s Corn!,” stuck in your head? Are you hungry for corn? Or maybe you’re just ready for autumn. Here is a list of books to ensure that you keep corn in the forefront of your mind. It’s corn! 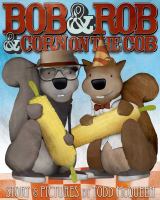 Bob & Rob & Corn On the Cob by Todd McQueen
Bob and Rob, two squirrels who love corn on the cob, convince their rabbit friend, Ella Mae Dobbs, to try a new food.

Burn Our Bodies Down by Rory Power
Margot doesn't know anything about her family, beyond her quiet life with her mother. But she wants more and when she finds a clue that leads her to a town called Phalene, she leaves to investigate. Only Phalene and her family history are full of secrets, some that may prove more dangerous and deadly than Margot ever could have bargained for.

Clown in the Cornfield by Adam Cesare
Quinn Maybrook and her father have moved to tiny, boring Kettle Springs, to find a fresh start. But what they don't know is that ever since the Baypen Corn Syrup Factory shut down, Kettle Springs has cracked in half. On one side are the adults, who are desperate to make Kettle Springs great again, and on the other are the kids, who want to have fun, make prank videos, and get out of Kettle Springs as quick as they can. Kettle Springs is caught in a battle between old and new, tradition and progress. It's a fight that looks like it will destroy the town. Until Frendo, the Baypen mascot, a creepy clown in a pork-pie hat, goes homicidal and decides that the only way for Kettle Springs to grow back is to cull the rotten crop of kids who live there now. 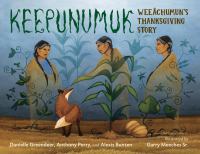 Keepunumuk : Weeâchumun's Thanksgiving Story / Danielle Greendeer, Anthony Perry, and Alexis Bunten ; Illustrated by Garry Meeches Sr. by Danielle Greendeer
Wampanoag children listen as their grandmother tells them the story about how Weeâchumun (the wise Corn) asked local Native Americans to show the Pilgrims how to grow food to yield a good harvest.

Murder in the Corn Maze by G. A McKevett
The roots of the Moonlight Magnolia Detective Agency reach back to the 1980s in the little town of McGill, Georgia - where Stella Reid and her seven grandkids enjoy some spooky Halloween fun and stumble into murder...Granny Reid and the kids head to Judge Patterson's antebellum mansion, where a corn maze awaits. Most of the youngsters are too terrified to make it all the way to the middle, but when Savannah and Granny get there, it proves to be even scarier than they expected - at the center of the maze lies a human skull. The grisly discovery uncovers a mystery that stretches back decades. After all this time, the culprit may be long gone...or still hiding among them. It'll be up to Granny to dig into this Southern town's history and a mess of old family secrets. 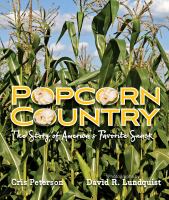 Popcorn Country: The Story of America's Favorite Snack by Cris Peterson
Kids love food--and they especially love to eat popcorn! Author Cris Peterson offers an illuminating step-by-step examination of the history and science behind America's favorite snack. With photographs illustrating every stage, readers get a behind-the-scenes view of how popcorn is planted, grown, harvested, processed, tested, and finally shipped to stores and movie theaters all over the world. Back matter delves into the history of popcorn and how it became so popular in the United States.

The Clue in the Corn Maze by Gertrude Chandler Warner
The Aldens visit a farm that's famous for its corn maze and the festival held there every year. But someone is damaging the maze at night. Can the Boxcar Children catch the culprit and save the festival?

The Girl in the Corn by Jason Offutt
Beware of what lurks in the corn. Fairies don't exist. At least that's what Thomas Cavanaugh's parents say. But the events of that one night, when he follows a fairy into the cornfield on his parents' farm, prove them wrong. What seems like a destructive explosion was, Thomas knows, an encounter with Dauðr, a force that threatens to destroy the fairy's world and his sanity. Years later, after a troubled childhood and a series of dead-end jobs, he is still haunted by what he saw that night. One day he crosses paths with a beautiful young woman and a troubled young man, soon realizing that he first met them as a kid while under psychiatric care after his encounters in the cornfield. Has fate brought them together? Are they meant to join forces to save the fairy's world and their own? Or is one of them not who they claim to be? 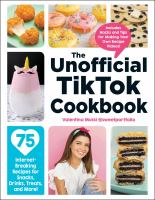 The Unofficial TikTok Cookbook : 75 Internet-Breaking Recipes for Snacks, Drinks, Treats, and More! by Valentina Mussi
Become the next viral sensation and make some delicious dishes that will impress all your friends with The Unofficial TikTok Cookbook. From whipped coffee to pancake cereal and mug cakes to seltzer slushies, you can find all the recipes you've seen on social media and have been dying to make in one place. Featuring simple, easy-to-follow instructions, you can now create the recipes you've seen all over the internet in the comfort of your own home. Whether you want to post your cooking creations online or just share them with your friends, this book is a must-have for chefs of all ages!